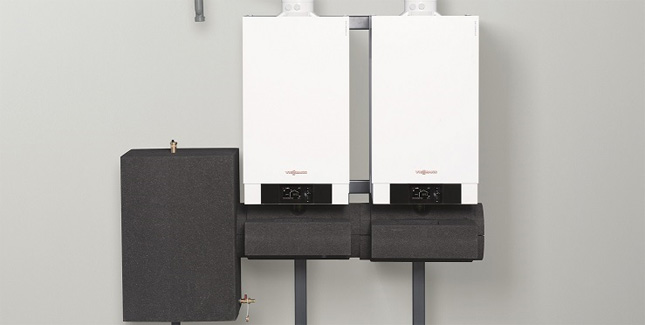 Viessmann has launched a promotion that rewards installers who purchase Vitodens 200-W commercial boilers between now and the end of February 2017.

Individual installers will be permitted to make an unlimited number of claims during the promotion period, making it possible to qualify for rewards worth hundreds or even thousands of pounds.

When installers purchase 49kW to 150kW Vitodens 200-W models, they will receive Love2shop multi-retailer vouchers. These are redeemable in more than 20,000 stores, restaurants, and attractions nationwide.

The Vitodens 200-W wall-hung gas condensing boiler comes with a five-year comprehensive warranty (on 49kW to 60kW models) plus a 10-year warranty on its self-cleaning Inox-Radial stainless steel heat exchanger. A new cascade system was recently introduced for 49kW to 99kW models, allowing anything from two to six Vitodens 200-W boilers to be combined. The system is 30% smaller than its predecessor and comes with a pre-assembled heating circuit connection set, making it suitable for tight spaces.

More details about this offer can be found at www.viessmann.co.uk.