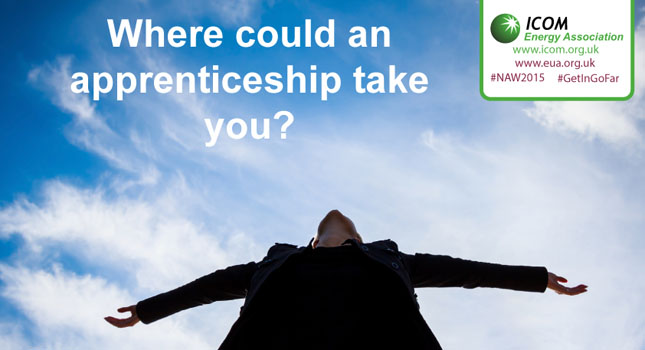 In support of National Apprenticeship Week, taking place from 9 to 13 March, Ross Anderson, director of the Industrial and Commercial Energy Association (ICOM), has asserted that university isn’t the only route to a successful and lucrative career.

His comments follow the publication of a new rich list revealing the 40 wealthiest former apprentices, with a combined wealth of around £20 billion.

“This list demonstrates that university isn’t the only option available to young people,” Mr Anderson continued. “Apprenticeships offer a great opportunity to ‘earn and learn’ and provide a foot hold on the starting rung of the chosen career ladder.

JCB Chairman, Lord Bamford, who began his career with a two-year apprenticeship at Massey Ferguson, tops the list with an estimated worth of £3.2 billion.

Interestingly, 9 out of the 40 people named on the list began their career with an engineering apprenticeship including Phones 4 U founder, John Caudwell.

“Celebrities including Jamie Oliver, David Beckham, Ozzy Osbourne and Eric Clapton also feature, and maybe this is just the kind of publicity we need to get both young people and their parents to recognise the role that apprenticeships can play,” said Mr Anderson.

During National Apprenticeship week, ICOM will be highlighting the career profiles of current apprentices and those who started their careers via apprenticeships.