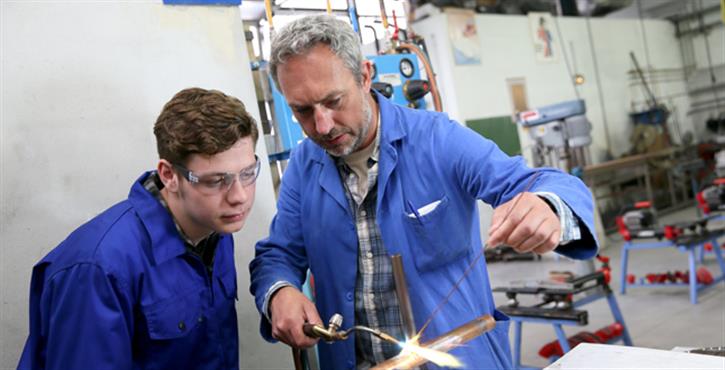 Unite, the UK’s largest union, is warning the introduction of the new apprenticeship levy could be taken off course and lead to a sharp rise in sub-standard apprenticeships.

The warning follows concerns expressed by an influential committee of MPs that the flagship apprenticeship policy will not fill widening skills gaps.

From the 6 April 2017 all companies with a pay bill over £3 million per annum will have to pay the levy which is 0.5% of their employees pay. The government's levy aims to meet their target of creating 3 million apprenticeships.

Unite's principal concern is the lack of measures to prevent a rise in inferior apprenticeships as organisations try to claw back levy money. Unite welcomes the new apprenticeship standards which should ensure all apprenticeships are of a decent quality; however the existing discredited framework system will also remain in place until 2020.

Under the framework system there has been a proliferation of qualifications and courses in many low and semi-skilled professions. In many of these areas the training provided would not traditionally have been regarded as an apprenticeship.

The MPs sub-committee on education, skills and economy issued a report on 31March which argues that the apprentice levy and its target of 3 million apprentice starts by the end of this Parliament ‘are blunt instruments that risk being unduly focused on simply raising participation levels’. The sub-committee says that skills gaps will not be filled unless the government concentrates on sectors and regions where training is most needed.

Last week Unite raised concerns after Subway advertised for an apprentice sandwich artist which was paying the national minimum wage apprentice rate of just £3.40 an hour.

Acting general secretary Gail Cartmail, said: “The government is serving up a 'curate's egg'. On the one hand they will be pointing to the improved quality of apprentices by highlighting the new standards regime. On the other they will be trying to meet their 3 million target relying on apprentices following the discredited framework system.

“We have consistently argued against scores on doors and believe the government should be primarily concerned with quality and meeting the actual needs of different industrial sectors.

“If unscrupulous employers are subverting the apprenticeship system in any way they need to be named and shamed. Apprenticeships need to be a gold standard providing skills for life and not degraded and used as a way of acquiring cheap labour.”

Unite supports a ‘gold standard’ in apprenticeships where apprentices develop fully transferrable skills. They also believe that major companies should undertake overtraining (training more apprentices than a company actually requires) in order to ensure there are sufficiently highly skilled trainees for supply chains.

Unite urges the government to reconsider including a trade union voice in the Institute of Apprenticeships which has been established to administer the levy. Unite is delivering apprenticeships as the union represents thousands of members who train apprentices on a daily basis in workplaces where the union puts apprenticeships on the bargaining agenda.