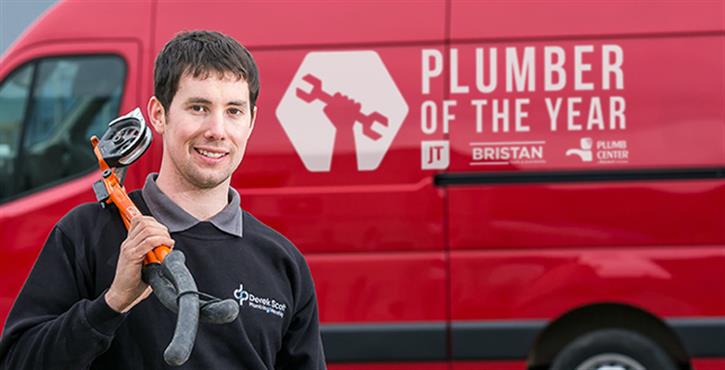 For the third year running, JT, Plumb Center and Bristan have joined forces to launch the 2017 UK Plumber of the Year competition, following the success of the first two instalments.

This year’s UK Plumber of the Year will launch on 3 April, where the search begins to find the finest plumber of 2017 and recognise the remarkable level of talent from plumbers across the UK, with a prize fund awarded to the winner.

To enter, plumbers need to tell the competition organisers about the one job which showed the full extent of their plumbing prowess and sets them apart from the rest. A judging panel made up of experts from JT, Bristan and Plumb Center will then shortlist 15 of the best in the field based upon their application. The public will then vote for who they believe deserves to be crowned 2017 Plumber of the Year.

After several strong entrants in 2016, it was Shaun Scott from Insch in Scotland who triumphed thanks to his unrivalled passion for plumbing.

He said: “Being named 2016’s Plumber of the Year was a genuine surprise as there were a number of outstanding plumbers in the running who are out there plying their trade perfectly day-in-day-out, so to be recognised in this way was a real honour.

“The prize fund and title has made a huge impact on the success of my business, allowing me to take my trade to the next level and given me an amazing platform to work from with many new opportunities thanks to the widespread media exposure.”

Keep an eye on @UKPOTY on Twitter and facebook.com/UKPlumberoftheYear for more information.