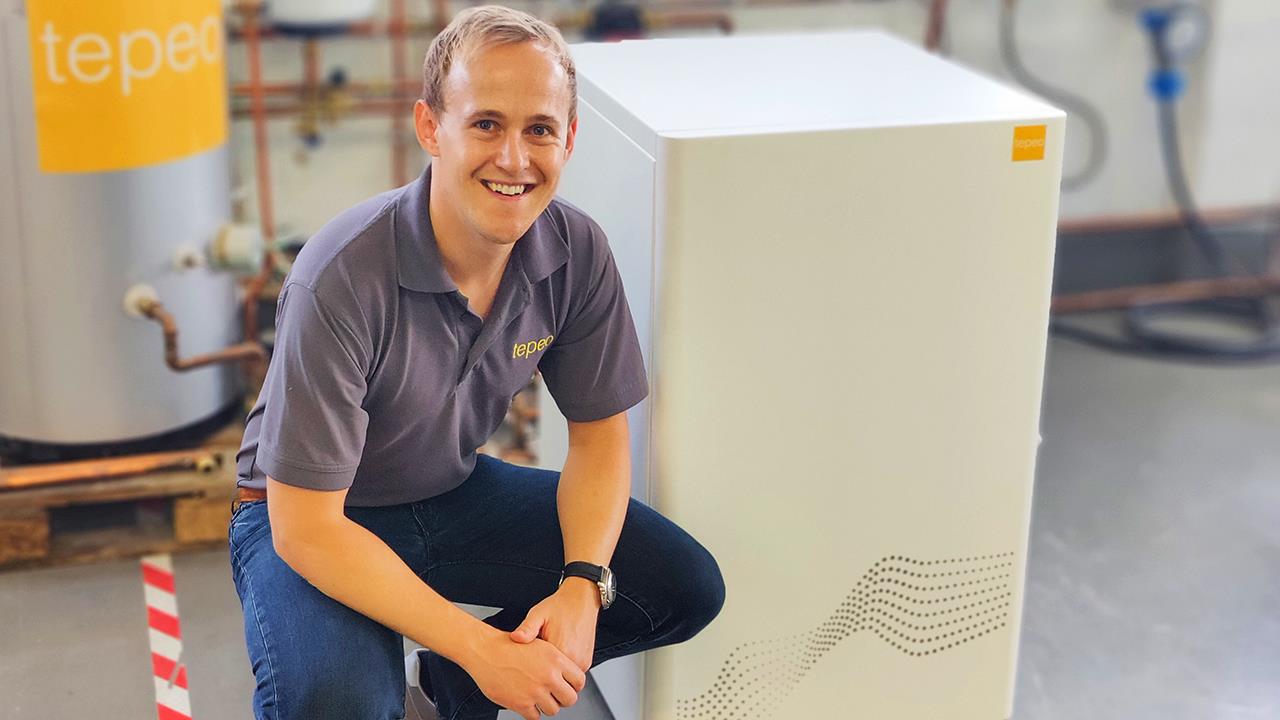 Tepeo, a British clean technology company that has developed a low cost, easy to install low carbon boiler, has secured a £2.5m investment in a round led by the UK venture capital fund, the Clean Growth Fund.

It is the Clean Growth Fund’s first investment in low carbon heating, a sector that is set to grow significantly over the next decade as homeowners are encouraged to replace their gas boilers with low carbon alternatives.

Lord Callanan, Energy Minister at the Department for Business, Energy & Industrial Strategy, welcomed the Clean Growth Fund’s investment in tepeo. He said: “If we are to meet our bold commitments to tackle climate change, we must cut carbon emissions from heating our homes and workplaces, but we are determined that affordability and fairness are placed at the heart of our transition.”

“New technology is key to driving that low carbon, cost-effective transition and the Clean Growth Fund is allowing British innovation to flourish as jobs and investment opportunities are created.”

“Investing in tepeo, with its Zero Emission Boiler, shows how the government and private sector-backed Clean Growth Fund is helping to provide affordable green alternatives for households when the time comes to replace their old gas boilers”

Tepeo’s Zero Emission Boiler (ZEB) is a drop-in replacement for a gas or oil boiler that similarly heats water to any set temperature between 35-80°C and works with any thermostat. It has been designed to be affordable while supporting the transition to a low carbon electricity grid.

Installing a ZEB is said to involve little or no disruption for the homeowner as there’s no need to change any aspect of a home’s existing central heating system; it will use the same radiators, same pipework, and same insulation. Plumbing-in a ZEB and the electrical connections are straightforward tasks for qualified heating and electrical engineers, the Clean Growth Fund says.

The ZEB has a ceramic core which acts as a heat battery, with smart tech that controls when it is charged up using highly efficient electric resistive heating elements.  The heat can then be released, as needed, in a controlled manner using tepeo’s patent-pending heat transfer technology. This means that the ZEB can decouple electricity demand from heating demand and take advantage of green and/or variable (“time-of-use”) electricity tariffs.  The charge cycle of the ZEB is automatically optimised to minimise cost and carbon.

The ZEB is therefore a flexible asset and tepeo has developed software which can aggregate a fleet of ZEBs at scale which could then provide grid flexibility services with the potential for ZEB owners to directly benefit from the value created.

Johan du Plessis, founder and CEO of tepeo and inventor of the ZEB, said: “We have carried out successful trials of the ZEB in a range of house types, and with the welcome investment from the Clean Growth Fund, we are in a strong position to launch our commercial ZEB in the autumn and extend our product range. We are initially targeting all types of dwellings of up to three bedrooms, but we intend to market future models to larger homes too.”

“Importantly, the ZEB will cost roughly half the price of a heat pump and we are confident that as we scale-up our manufacturing, the cost of the ZEB will drop and be competitive with the lifecycle cost of a typical gas boiler, so making the consumer’s decision to replace their gas boiler that much easier.”

Stephen Price, Investment Director at the Clean Growth Fund, said: “Given its ease of installation and low cost, tepeo’s ZEB has the potential to take a massive slice of the emerging low carbon heating market. As the pace of heat decarbonisation increases, the Clean Growth Fund will support  tepeo’s commercialisation and market entry, and its ongoing product development.”

The ZEB that will be launched later this year is a replacement for a regular or system boiler which works for homes with a separate hot water tank. Tepeo intends to develop two other versions of its ZEB: a ‘combi’ version that does not require a separate water tank and a larger capacity ZEB suitable for larger homes.

The Clean Growth Fund was advised by the law firm, Shoosmiths.

BOILER CLEAN GROWTH FUND LOW CARBON
Tweets by HVP
Make sure you’re on top of changes in the industry, and sign up for free to receive your monthly copy of HVP and our weekly email newsletter
SUBSCRIBE TO NEWSLETTER
SUBSCRIBE TO MAGAZINE