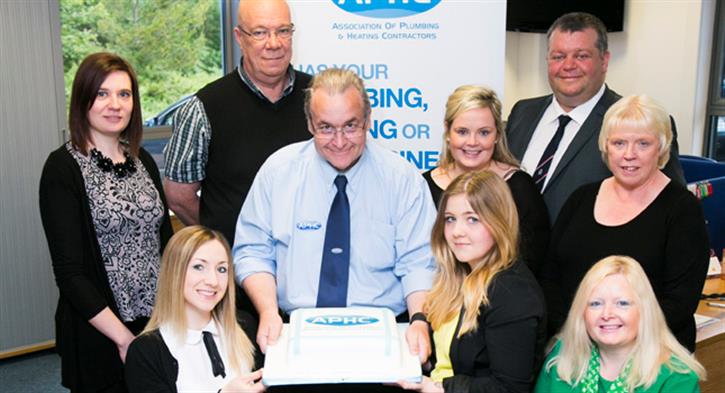 The Association of Plumbing & Heating Contractors (APHC) is celebrating its 90th anniversary this year, as it continues to represent the interests of members across England and Wales.

The APHC has seen many developments within the industry, facing many challenges including a World War and several recessions since it was first formed in 1925. Originally named the National Federation of Plumbers and Domestic Engineers, the association took on the industrial and trade interests of the Institute of Plumbing in February 1925 at a meeting held at the Regent Hotel, Leamington.

During this time the organisation's name has altered to reflect shifting membership and advances in the way plumbing and heating have been incorporated into our homes. In 1965 the name was amended to add 'Domestic Heating Engineers' as central heating became more commonplace, then changing again in 1972 to include heating and mechanical services contractors.

In 1996, a rebranding process saw the current name of APHC introduced and, 10 years later, the organisation was restructured to focus on a national level rather than regional and local in response to member needs.

Key milestones and achievements of APHC show how influential they have been in the industry over the last 90 years:


John Thompson, chief executive at APHC, said: "The plumbing industry has changed at an amazing pace over the past 90 years – yet our objectives to represent the sector and raise standards remains at the heart of what we do today. What hasn't altered is society's dependence on clean water supplies and the need for reliable heat in our temperate climate, therefore we'll always need plumbers and heating engineers.

"Advances in green technologies alone in the last 10 years have had a massive impact on members, adapting and up-skilling to meet consumer demands plus changes in government policy. Who knows what challenges our members will face in the next 90 years but we look forward to supporting businesses and the entire industry in the future.”