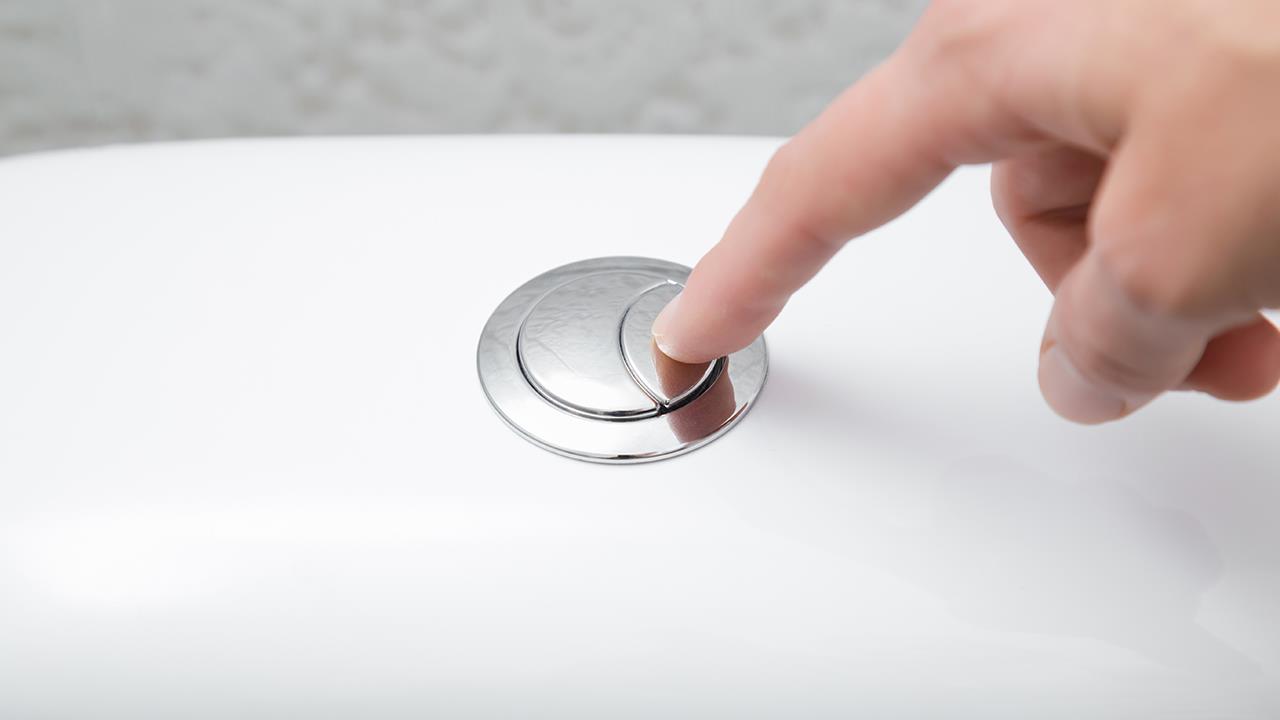 Toilet manufacturers are being urged to rethink the design of some dual flush buttons after new research showed that as many as eight in 10 people are inadvertently wasting water and flushing money down the drain.

Dual flush toilets were introduced to help people use less water in their own homes and in commercial premises. By choosing a smaller flush over a longer one, around two litres of water are saved on every flush. But a new study by WRAS (Water Regulations Approval Scheme) has found that many Brits are confused by the way some dual flush buttons are designed.

WRAS created 18 typical dual flush designs and asked 2,000 people to identify the short flush buttons. This study focused on buttons, but there are other ways to operate flushes, such as levers and infra-red.

Over half of respondents incorrectly identified the short flush in five out of the 18 designs. In the worst example, 81% of respondents selected the wrong button.

Even the best designs were not 100% perfect. Every single one of the designs presented in the study confused at least some of the people who took part in the study.

WRAS Approvals Manager Ian Hughes said: “Toilets use around 24% of all the water used in a home. Dual flush toilets can help reduce the amount of water that gets wasted and they also save money for people who are on a water meter.

“However, our study shows that many of the designs used are confusing and we are calling on toilet manufacturers to make short flush options much more obvious for users.”

The research did highlight which types of button designs were more effective in explaining dual flush options:

Hughes continued: “There are some good designs out there too, with manufacturers playing their part in helping people save water.

“While some manufacturers include instructions, unless these are permanently marked on the WC, there is a risk that instructions or labels won’t be installed, meaning people miss out on the potential benefits of dual flush systems.”

SANITARYWARE TOILETS WRAS
Tweets by HVP
Make sure you’re on top of changes in the industry, and sign up for free to receive your monthly copy of HVP and our weekly email newsletter
SUBSCRIBE TO NEWSLETTER
SUBSCRIBE TO MAGAZINE