OPINION
THE UNEXPECTED BENEFITS OF SMART CONTROLS FOR YOUR CUSTOMERS
SHARE 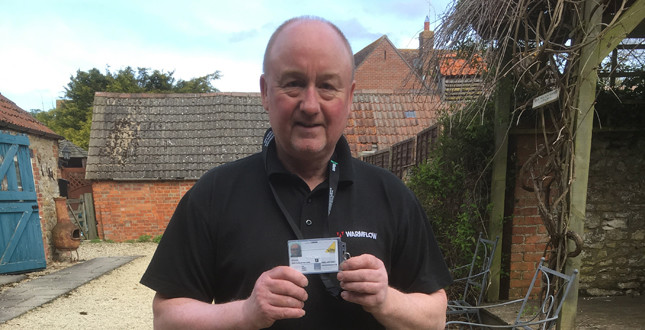 Kevin Bates, owner of Witney Heating Services and Honeywell Installer Network member, discusses what the smart controls phenomenon has brought to the table for installers.

The game has changed since I started my career in the plumbing and heating industry. Like many of my peers, I trained as an apprentice on the British Gas scheme when gas central heating was still in its infancy – if you had it then you were probably quite well off!

These days, it’s more unusual for a house not to have central heating. Technology has also improved greatly, particularly in the heating controls arena, making systems much more efficient.

In my experience, homeowner interest in smart controls has noticeably increased over the past couple of years, and not just among younger people. The over 60s are a growing market for this sort of thing. Computers and mobile phones have been around in some form for at least 30 years so, overall, people are much more comfortable using technology than in previous generations.

However, even the most tech savvy homeowners rely on the engineer to supply products that will integrate with their existing system, be energy efficient and easy to operate. This means you can add value on to the cost of most jobs by specifying a smart control.

Some installers think they’re a gimmick but, when installed and used correctly, they are really useful. Everyone knows they save energy and are more convenient but there’s more to it than that. I fitted a Honeywell evohome system for a gentleman who was partially-sighted, so his son could manage his heating for him remotely. They help people to keep an eye on elderly or less-able family members, even if they can’t physically be there.

At the other end of the spectrum, there are also people who want the benefits of a smart control but are afraid or don’t understand mobile technology.

In these cases, I usually specify a programmable thermostat that allows maximum comfort and efficiency but with minimum user interaction. It also helps to get the customer to read the instructions while you’re on-site, so if they get stuck you can go through it with them. I also get them to program it themselves so they’re less likely to tamper with it later.

Although, if customers do want to adjust settings, the visual display makes it easy for them. I had a non-English speaking customer the other day who understood how to use the product perfectly thanks to the icons.

Although the game has changed, it has changed for the better. Embracing smart controls has benefits for installers and customers alike.