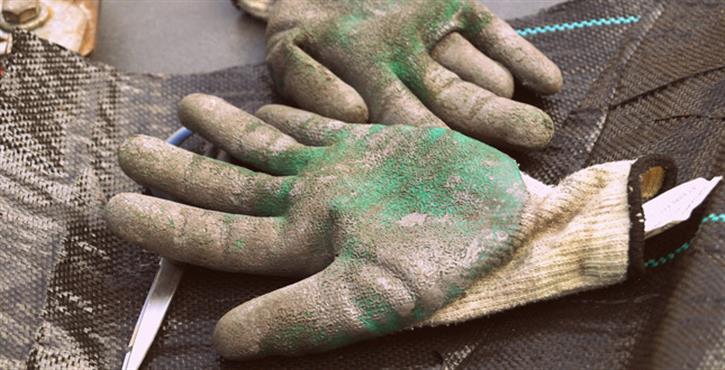 For workers who spend most of their time out in hazardous situations, Personal Protective Equipment (PPE) is an absolute necessity to keep them safe on site.

When you first think of Personal Protective Equipment, your first thoughts might be safety goggles, protective boots, and construction hats. But before PPE clothing became a mandatory staple for tradesmen, its origins date further back than you might realise.

Scruffs has taken a look at the history behind some of the most common PPE equipment and its evolution over the years.

The first well documented use of PPE equipment was in World War One, in the form of respirators. The use of these respirators allowed the troops to escape the effects of harmful toxins and gas.

Outside military settings, PPE equipment also dated back to the middle ages. Blacksmiths would wear protective aprons, and hand gear to prevent themselves from being burned or to stop equipment from falling on their heads.

The modern industry has drastically evolved since then, with greater focus on protective workwear for a range of trade industries. PPE now extends to clothing, footwear, goggles and other garments that are all designed to protect an individual from injury.

Hard hats and headgear can be traced back as far back as soldiers in ancient times, who wore protective headgear when heading off to battle. The ironclad material was definitely heavy- so heavy in fact often times when a soldier would fall off their horse, they would need help from others to get up again!

Nonetheless, the humble helmet played an integral role in the face of defeat.

Headgear in the form of hard hats also helped to protect construction workers and miners from potential injury. Today, the hard hat is a compulsory requirement for worksites.

They are now generally made of harder plastic materials and composites, including:

Some of these materials have the added benefit of being flame and heat resistant.

The real breakthrough in eye protection safety came from Powell Johnson, an African- American inventor who patented “eye protectors” in 1880. Welders, construction workers, and others in hazardous professions can thank safety goggles for helping to protect their eyesight.

The 20th Century saw a real demand for increased high-quality protection, leading to more innovative and refined designs compared to the basic designs seen previously. Fashionable safety eyewear is now available, that workers can enjoy wearing, whilst still being highly functional. You can now even buy prescription goggles and glasses, which are in compliance with safety standards.

The origins of protective gloves date back to eighth century BC, where ancient poet Homer’s Odyssey gives a description of Laertes using gloves to protect his hands from thorns while working in the garden.

Throughout the centuries, gloves have further expanded to a fashion statement, but are still being used as protective everyday protective wear.

There are now many types of gloves that are used on various jobsites. Though the overall design hasn’t evolved much, you can now get gloves with flexi-options, fleece (for insulation) and water- resistant materials for improved function in wet environments.

Footwear PPE didn’t exist in industry until the late 1800s, when protective boots were introduced, reinforced with steel and made from stiff leather.

Modern safety boots are now designed to better protect the individual wearer, with features including:

The vast development of PPE equipment across the ages has greatly benefitted the modern trade industry. Its continuous innovation will ensure even safer measures for tradesmen while tackling day- to day tasks onsite.