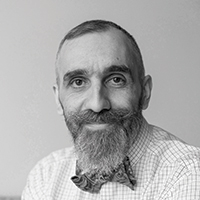 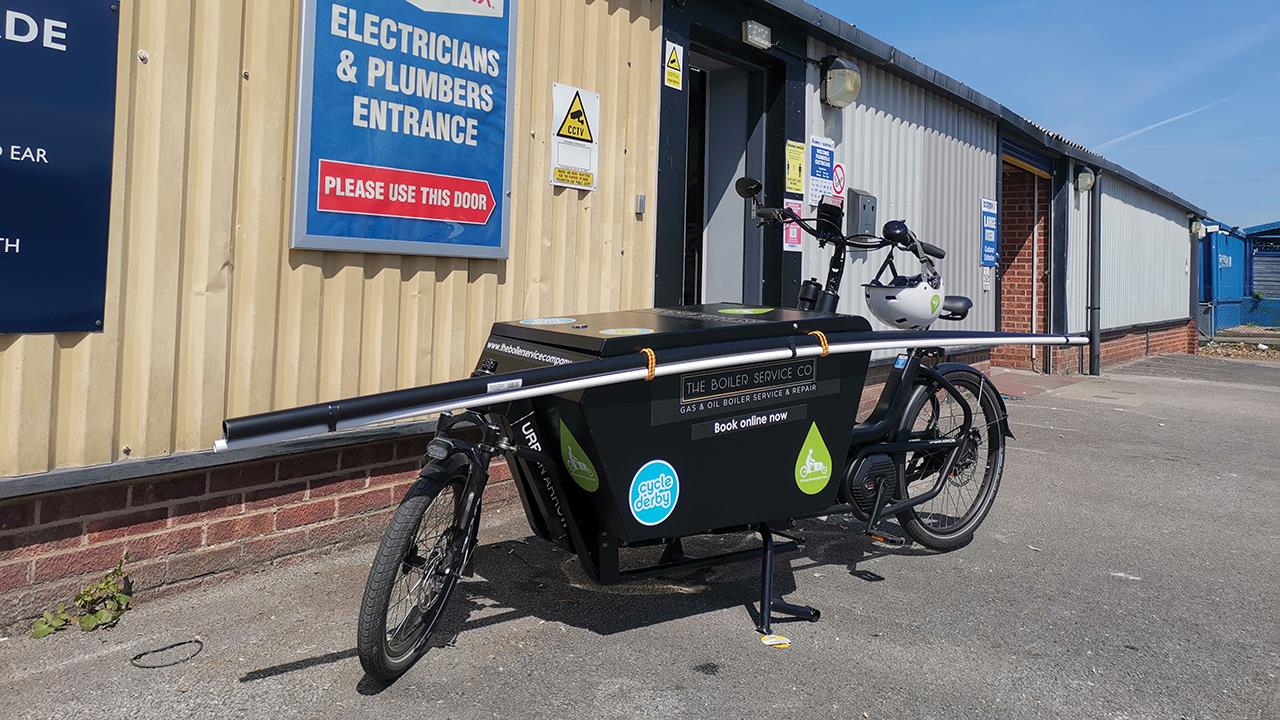 When his business went into liquidation because of lockdown, Derby plumber Martin Broer had to reassess his priorities and start afresh. This included a decision to make use of a cargo bike to go about his business. Nicolas Chinardet, HVP’s Deputy Editor, caught up with him by email to find out more.

Martin Broer has worked in the heating industry since he was 18. Although now in his late 30s, he started his first business, M Broer Heating, in 2012, installing, servicing, and repairing boilers. Initially things went well and he was soon leading a team of 11 people.

However, as for many others, COVID-19 and the lockdown were too much for the business. Unable to visit clients but still saddled with overheads and outgoings, the company had to go into voluntary liquidation in 2020.

This was a stressful time for Broer, who found himself back at square one. But he wasn’t defeated, and soon, able to rely on his address book of previous customers, he started a new business – The Boiler Service Company – as a sole trader.

In his own words, his “plan was for the easy life, small van, no debt, keep it small, and no stress. I think [the liquidation] may have been a blessing in disguise. I’m definitely a lot less stressed, work less, and I’m happier, and probably make the same amount of money as before.”

A change of pace

Another possible reason for Broer’s more relaxed outlook stems from his decision to mostly eschew his van and to start using a cargo bike as his main means of transport from one job to the next.

Driving, something he admits to disliking, combined with slow traffic, is for him another source of stress. He keeps a van solely to move boilers and radiators when needed. And he says his petrol bill has been slashed by more than half since he started pedaling.

The seed of the idea for the change was planted in his mind during a visit to Amsterdam, where cycling is dominant as a mode of transportation, thanks to decades of governmental investment in infrastructure.

He explains: “The COVID-19 pandemic really helped me to reassess what was important – at the start of lockdown there was very little traffic on the road, and I realised that I was taking a lot more pleasure in my work as I was not sitting in traffic for the majority of my day.

“As soon as the kids returned to school however, I would travel between jobs in the city at an average of 14mph, and I then realised what a huge toll it had been taking on my mental health.”

However, despite having done some research and explored the possibility of switching to a cargo bike, Broer was worried it wouldn’t be practical, not to mention too expensive.

All this changed six months later, when Cycle Derby and Derby City Council launched a try-before-you-buy scheme, offering interested businesses and organisations the free loan of an electric cargo bike over a six month taster period.

Despite a need to adjust his way of working, Broer jumped at the opportunity and was, in fact, the first to sign up to the initiative, for which he has now become a bit of a poster boy.

“There was a lot of planning that went into the first week, making sure my jobs flowed in the right order,” he says.

He has now developed a system whereby each day is earmarked for a specific part of his catchment area, limiting the need for backs and forths. When a customer calls, Broer simply books the job on a day when he will be in their area.

He finds cycling to jobs a much easier and more efficient way to manage his workload and diary, to the point that he is getting more work done, he says.

This is one advantage to the switch, but Broer can think of several others: “The benefits to both my physical and mental health are undeniable – having the freedom to get out on my bike makes me feel more connected to the outside world around me.

“Also, as a heating and gas engineer who spends his time advising people about ways they can be more sustainable and eco-friendly, I was also keen to practice what I preached and do my bit to remove one more diesel van from the roads.

“I am now offering my customers a cleaner, greener service and have since been christened The Greener Gas Man!”

Beyond the odd white-van heckler (“jealous of how cool I look”), Broer has only received positive feedback: “Everyone loves it and thinks it’s a great idea.”

He could, of course, have considered investing in an electric van, but he finds that he can move around faster through the city on the bike, particularly when avoiding rush hour traffic; something even an electric van would still have to contend with.

And, unlike an electric vehicle, unexpectedly flat batteries will never become a real issue for him.

“If you run out of battery on a bike you can still just pedal home or carry a spare battery in the box,” Broer quips.

Finally, he finds cycling fun, and has noticed that the bike turns heads and gets a lot of attention, as the slew of media appearances this has generated prove (he’s been featured on several BBC channels).

This has clearly been a positive move for Broer, who encourages other tradespeople to contact their own local authorities, and find out whether they offer similar schemes to the one he joined.

But this is Britain after all, and the vexed subject of the weather is never very far. Rain was a worry, he admits, but he finds that “it actually rains a lot less than you’d think, and I have a sexy cycling poncho that’s really easy to get over everything.” Icy conditions are the only thing that really stop him these days.

Although he sees himself as a bike user, rather than a cyclist, with all the militant connotations that can have (“I’m a person that rides a bike. You don’t call people in cars drivists.”), he is aware that traffic conditions and lack of adequate infrastructure can be a barrier to making the switch for some.

He explains: “There needs to be more bike lanes. [Cycling] is a much easier, cheaper, and eco-friendly way to get our carbon emissions down, and the more people that ride the more likely they are to do something about it.”

As part of the scheme he did receive some cycle training from Cycle Derby and the cycling charity Sustrans. In his view, a dose of common sense and care will go a long way.

“After a week you’ll be weaving in and out of traffic like a superhero, thinking ‘why didn’t I ride a bike to work sooner!’,” Broer concludes enthusiastically.

CARGO BIKE HEATING ENGINEER INTERVIEW TRANSPORT
Tweets by HVP
Make sure you’re on top of changes in the industry, and sign up for free to receive your monthly copy of HVP and our weekly email newsletter
SUBSCRIBE TO NEWSLETTER
SUBSCRIBE TO MAGAZINE