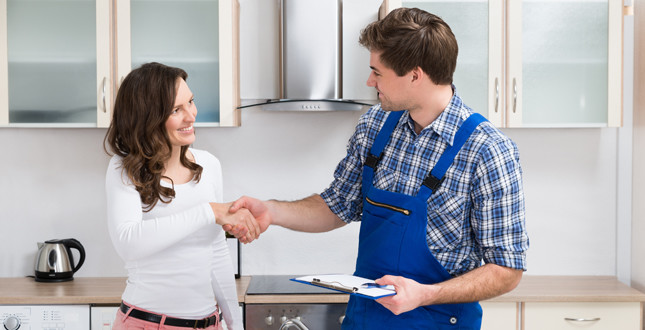 Scruffs Workwear teamed up with On The Tools in a recent survey of 1,000 people to discover the best and the worst things about being self-employed.

For some, becoming self-employed can be a risky move. For others, the switch from being employed to self-employed makes perfect sense. With the freedom and flexibility to work when they want, it leaves them with more time to for the important things in life, such as spending time with family and friends.

It can also lead to a far more favourable income and job satisfaction rate, but what are the best benefits of being your own boss? And are there any downsides that come along with it?

Job satisfaction has been named as one of the top benefits of being self-employed. Tradespeople find that, when self-employed, they are able to take full responsibility for their work and with it find a real sense of pride.

Those surveyed described seeing the smile on a customer’s face after work was completed as one of the best feelings. The sense of accomplishment at the end of a long job was said to make it all worthwhile, and appreciative customers are thought to be icing on the cake.

However, some tradespeople warned that one of the biggest downsides to taking control of their own work was the excessive paperwork. Working for yourself puts you in charge of the paperwork and despite flexible working hours, this could often result in more time at home completing the necessary paperwork.

The research also found another major benefit of being self-employed to be the potential to earn more money – in some cases, a lot more. Uninhibited by an employer’s given salary, or by someone taking a cut of profits, self-employed tradespeople are free to charge what they think is suitable for the job and keep 100% of the profits.

However, a common issue flagged by self-employed tradespeople is late payments and having to chase payments from customers. Unlike an employee, self-employed workers don’t get paid until the customer itself pays up.

This can cause major problems with tradespeople being left out of pocket until payment is received. Working as their own boss, tradespeople also have a number of things to consider for themselves, including insurance, paying off trade accounts and ensuring enough time is allowed for each job.

Free as a bird

The majority of the tradespeople surveyed agreed that the number one benefit of being self-employed was the flexibility and freedom it provided. With no boss calling the shots, a tradesperson is free to work as much (or as little) as they like. There are no restrictions when it comes to taking time off with the family or finishing early to pick the kids up from school. There’s no need to ration holiday days, or use a day’s holiday for a doctor’s appointment. They simply take the time they need.

A downside to this practice is that self-employed tradespeople are not given holiday or sick pay. The insecurity of not being guaranteed work can result in self-employed workers not taking any time off at all to counter less busy times that may be in the pipeline.

Chris Mellor-Dolman, Head of Marketing at Scruffs, said: “There are many pros and cons to being self-employed. For some, the benefits outway the worries but for others, the financial insecurity is enough to keep them from taking the leap.

“One thing is for sure though, this decision shouldn’t be taken lightly. All options should be considered first in order to ensure that this is the right decision for the individual tradesperson.”