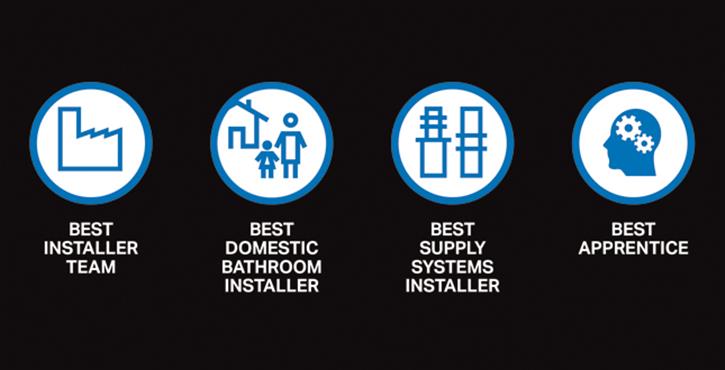 The Geberit Awards 2016 is in its third year, and installers from throughout the bathroom, plumbing and heating industries will battle it out to be crowned the best in the business.

As well as the prestige of being a Geberit Award winner, those taking the top spots will also have their hard work and dedication recognised with prizes, including £1,000 for the overall winner of each category, plus Makita Drill Sets and Radios for the runners up.

Entrants are required to demonstrate how their Geberit product installations stand out from the crowd, perhaps by overcoming tricky challenges, or by going that extra mile to ensure a quality end result.

The Geberit Awards 2016 also sets out to recognise fledgling installer talent with the Best Apprentice award, with judges keen to hear from apprentices themselves, or their colleagues. In this category, nominees who are quick learners, are team players and work on their own initiative to master the latest technology will be likely contenders for the top spot.

Each nomination requires 150 words about why the entry deserves to win the award, which can be supported by photography. Entries opened on 1 October, with installers having two months to make their nominations count, before the final deadline on 30 November, when the judges will have their say. For more details and to enter, visit www.geberit.co.uk/awards.