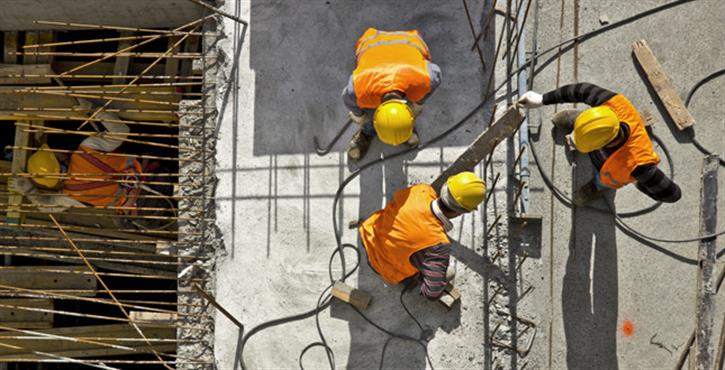 On The Tools and Scruffs Workwear have researched the most annoying habits of other trades on-site, from ‘borrowing’ someone’s tools to leaving a mess.

Listening to Radio 2 was found to be among the worst offenders. One worker said: “I like to swap channels when they go to the van or something. Then see how long it takes them to work it out.”

Walking over newly laid tiles is a huge cause of frustration for floor layers.

Ignoring the on-site hazards and health and safety. This is extremely annoying for workers as not only are those ignoring the hazards putting themselves at risk, they are also endangering others around them too. Whether it’s working irresponsibly at heights or wearing the wrong gear, other workers end up being put at risk.

When another tradesperson comes onto a job and asks to use your tools and equipment. This frustration was said to be increased even further if the accused tradesperson then left a mess or was lacking in respect.

Blaming the other trades is a big one right across the UK. Specifically, tradespeople are wound up when other workers blame them for their mistake in an effort to leave early or not do their job.

Being called into a job too early. This is thought especially annoying when workers are told by another trade that something is ready, but then finding this to be untrue upon arrival.

4. Finish what you start

Leaving jobs unfinished or large amounts of mess for other trades to sort out has also been found to be exceptionally annoying. Issues such as plastering over sockets and leaving wires in the way leaves a large percentage of tradespeople feeling very frustrated.

When a tradesperson doesn’t have any respect for the other trades on-site. Workers claim that obnoxious behaviour where a worker from one trade believes themselves more superior to another trade is hugely annoying. This is often exacerbated by tradespeople taking credit for what was in truth a joint effort.

In second place is when workers don’t clean up after themselves. This is one of the most annoying things about the other trades, especially if they leave the site spotless beforehand. When asked which trade was the worst offender for this, the finger was firmly pointed at electricians.

The number one most annoying thing about other trades is simply the fact that they were in a different trade. Brandishing decorators as the “glory boys” and suggesting that architects don’t know anything, it looks like most tradespeople can find at least one thing that annoys them about each and every trade.

Chris Mellor-Dolman, Head of Scruffs Marketing, commented: “Tradespeople are renowned for being some of the happiest workers, which is a real feat given the number of annoyances they have to deal with each day.

“The rivalries between different trades are as old as time and won’t ever go away completely. Despite this, Britain’s tradespeople are some of the best in the world and can always be relied upon to get the job done.”