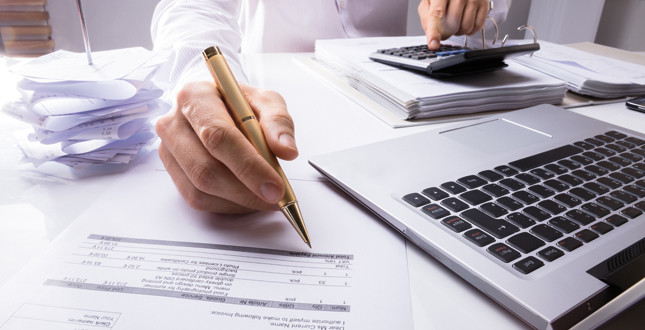 Jason Piper explains some of the proposed changes to tax planning that could soon be introduced.

The start of the year is always a good time to look ahead and make plans, and HMRC is doing its bit to assist firms in that regard. With a raft of announcements in the November 2017 Budget, there are a number of proposals that will affect how a business runs its tax affairs from 2018.

However, with some judicious feedback into HMRC, it may be possible to shape how the proposals are implemented. Experience has shown that HMRC does listen.

Take HMRC’s Making Tax Digital (MTD), an initiative under which businesses would have been required to report on their affairs, not annually, but quarterly and online with extra workload and cost. Few other than HMRC liked the idea and the outcry led to MTD being watered down; now it’s only VAT which is absolutely guaranteed to be compulsory from April 2019.

Based on consultations, the government is reforming the penalty system for late or missing tax returns and soon there will be a new points-based approach in place. The details are all in the Making Tax Digital: sanctions for late submission and late payment document but, in essence, you will start accruing penalties on annual returns after two defaults, on quarterly returns after four defaults, and on monthly returns after five. To reset the score to zero you need to make two, four or six submissions on time for each return type respectively. Scores run independently for each type of tax.

Alongside this, the government “will also consult on whether to simplify and harmonise penalties and interest due on late payments and repayments”.

Proposals also include a suggestion that penalties for tax paid late should be like a parking fine, and halved for prompt payment, with a 14-day grace period where no penalty would arise at all.

Interest rates would change, and the existing VAT surcharge model would be replaced. But one of the conditions to get a penalty reduced is that, if you can’t pay, you will have sought to finalise a ‘time to pay’ arrangement with HMRC.

If that can be done within 14 days there will be no penalty, and, if completed within 28 days, the penalty will be cut by 50%. However, the professional bodies aren’t convinced that HMRC can meet its side of the bargain to have time to pay arrangements in place within those time frames.

For those businesses with employees, there’s a further planned tweak to the operation of PAYE codes through the Real Time Information (RTI) system.

Since May 2017 you may well have noticed an uptick in the number of PAYE codes you’ve been receiving for employees – and perhaps the number of queries from them that you’re having to field. This is all a part of the new system of ‘dynamic coding’, which aims to use the information that HMRC is gathering from various different sources to estimate an individual’s total annual income, and, from that, work out what their final tax bill is going to be, adjusting things on the fly accordingly. However, based on results so far, the system is struggling with irregular amounts like bonuses, commission or variable pay – let alone dividends, or income from overseas.

The solution to many of the problems associated with dynamic coding lies not with HMRC or the employer, but with the employee. Like it or not, the easiest way to resolve the issues is for employees to activate their Personal Tax Account (PTA) so that they can check the amounts charged for themselves.

With the constant fine-tuning of liabilities, HMRC has created a model where employers will be getting code updates far more frequently, and that’s something which in the short term is going to prompt more queries from employees. And, whatever HMRC might suggest about the PTA, individuals are still going to query their affairs with their employer if they notice that their monthly payslip has a smaller net payment on it.

There’s another change that few seem to know about. With the announcement of ‘faster recovery of Self-Assessment debt’, HMRC will be using technology to recover additional Self-Assessment debts closer to real-time by adjusting the tax codes of individuals with PAYE income. This change will take effect from 6 April 2019.

The first results of HMRC using RTI information to reduce the level of inaccuracy in the system saw them issuing around eight million P800 (notification of wrong tax paid) forms, two-thirds of which were for refunds where the taxpayers involved were not earning enough to pay tax in the first place.

Quite simply, unless you want to be burdened with whatever HMRC gets passed, you need to feedback into the process. You’re unlikely to stop it, but you may be able to shape how the proposals are implemented.

Comments can be sent to HMRC via mtdta@hmrc.gsi.gov.uk, ideally by 2 March 2018.