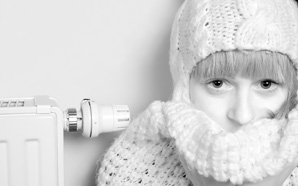 OFTEC will once again be joining forces with Age UK and the Energy Bill Revolution to help raise awareness of the millions of people in the UK who struggle to heat their homes, explains Jeremy Hawksley

Latest government figures show that 2.28 million British households are currently living in fuel poverty, which means they spend more than the UK average on their energy bills, with this expenditure pushing them below the poverty line.

Additionally, the number of excess winter deaths recorded in 2012/13 rose by 29% to 31,000, of which 28,500 were older people. This increase has been attributed to the number of people who are being forced to choose between heating and eating because of high energy bills.

To raise awareness of this critical issue, OFTEC is urging homeowners to regularly check on their elderly neighbours this winter and has produced a free guide, in partnership with Age UK, which offers key information and advice to help older people using oil to stay safe and warm throughout the colder weather.

According to EBR, 25,000 people die from the cold each year and one of the main causes is that the UK has some of the least energy efficient homes in Europe, resulting in higher fuel bills and more fuel poverty.

A large majority of homes using oil are older, rural properties which have the worst Energy Performance Certificate (EPC) ratings at F and G. Therefore, even though the current cost of oil is highly competitive and it is the only major heating fuel to have fallen in price in the last three years, fuel poverty is more likely in these households due to extremely poor energy efficiency.

EBR will be highlighting the issue during Cold Homes Week, taking place from 3 to 7 February 2015, when campaign partners will join forces in calling on the government to launch a much more ambitious home energy efficiency programme to make all UK homes super energy efficient, with priority given to the fuel poor.

EBR would like to see the government use the money it gets from carbon taxes to install measures such as better insulation and modern boilers in UK homes to drive down energy bills, keep homes warm and cut carbon emissions.

Last year, OFTEC wrote to local MPs urging them to back the EBR’s campaign and in February attended a parliamentary reception to highlight the fuel poverty issue.

With many thousands of standard efficiency boilers in need of an upgrade, OFTEC has also renewed its pressure on the government to introduce a simple boiler scrappage scheme to provide UK homeowners with an easy and affordable way to upgrade their boilers.

Installing a modern condensing boiler can cut fuel bills by up to 20% and reduce carbon emissions by a similar amount. A simple move like this could go a long way towards bringing down energy bills and reducing the number of people in the UK living in fuel poverty.

With projections showing that the fuel poverty problem is only set to get worse, this is an urgent issue which needs to be tackled now.

FUEL POVERTY OFTEC
Tweets by HVP
Make sure you’re on top of changes in the industry, and sign up for free to receive your monthly copy of HVP and our weekly email newsletter
SUBSCRIBE TO NEWSLETTER
SUBSCRIBE TO MAGAZINE