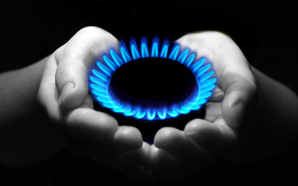 Swale Heating has thrown its weight behind a nationwide campaign that hopes to save lives by giving social landlords legal access to carry out gas safety checks in their properties.

The Gas Access campaign, recently launched by Home Group and CORGI in partnership with the Association of Gas Safety Managers, aims to give all registered housing providers the same quick and efficient access to properties as their local authority counterparts.

By law, housing providers must make annual gas safety checks to protect tenants, and their neighbours, from the threat of gas explosions and carbon monoxide poisoning. The legal process housing associations have to go through to comply, however, means it can often take up to four months to gain access to properties.

By stark contrast, the law gives local authorities the right to enter their homes using a warrant that they can obtain from a Magistrate’s Court on the same day they apply for access.

“This campaign is about keeping tenants safe,” said Gary Last, quality manager at Kent-based Swale Heating, which installs and maintains heating systems for more than 35 housing associations and local authorities across Kent, London, Sussex, Essex, East Anglia and the Midlands.

“It’s a crazy situation. Nationally, social housing accounts for 2.8 million properties, of which more than 14,500 a year are unsafe because tenants refuse to allow engineers access to do a gas safety check. Lives are being put at risk and urgent action is needed to change the law.

“This would also save a lot of money that could be better spent on badly needed social and affordable homes. According to Home Group, an estimated £0.5 billion will be wasted over the next decade in the drawn-out process of gaining legal access to properties.”

Home Group’s chief executive Mark Henderson said: “It’s great to have Swale Heating’s support and we urge more companies in the industry to join them. The campaign has got off to a strong start but without a change in the law, residents will continue to be placed at risk.”

For further details about the Gas Access campaign go to www.gasaccesscampaign.org.