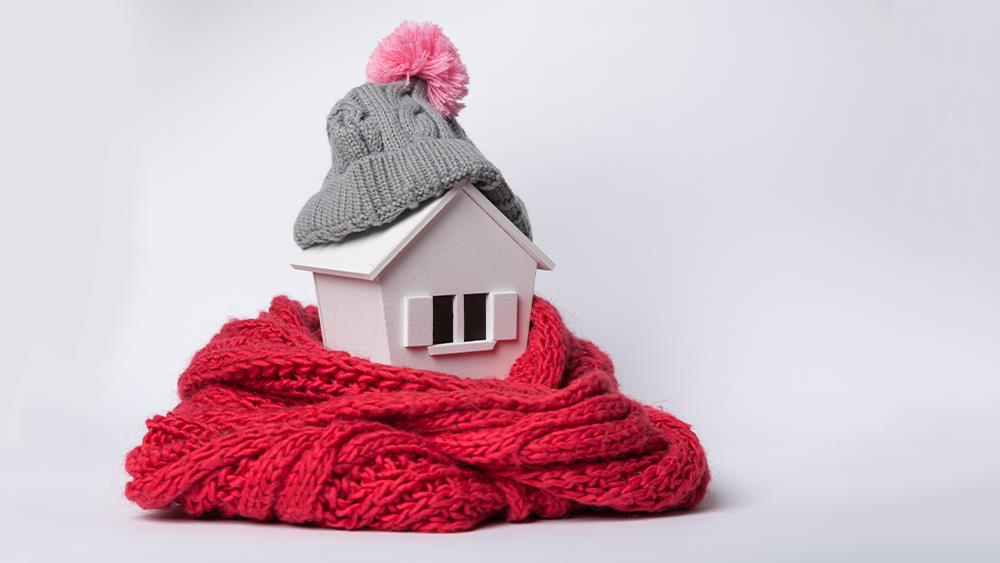 Russell Dean, Head of Residential Heating at Mitsubishi Electric, looks at the challenges the UK faces to decarbonise the heating of the nation's homes and meet the government's net-zero goals.

Domestic heating in the UK accounts for around 13% of greenhouse gases, according to the Climate Change Committee. In order to reduce our fossil fuel usage and reach net-zero, domestic heating is going to have to change.

Hydrogen gas has received a lot of attention recently as the 'green' alternative to fossil fuel gas. The government sees it as a low carbon solution that can help the UK achieve its target of net-zero carbon emissions by 2050, and its Sixth Carbon Budget target by 2035. A new Net Zero Hydrogen Fund has already been set up and is in the consultation stage to help support the transition to a low-carbon economy.

The government’s own strategy expects around 0.2% of total UK domestic heat demand to come from hydrogen, and from blue hydrogen at that, by 2030.

However, in light of the stark realties painted in the recent IPCC report, as well as the devastating effects of climate change we are already seeing, is 0.2%  by 2030 enough to make a difference?  And, if not hydrogen, then what are the alternative solutions that we can use to heat our homes at scale?

The investment required to fully develop hydrogen heating technology is significantly higher than what is needed for alternative heating methods, such as heat pumps, whose proven technology is already available today to decarbonise our housing stock more effectively than hydrogen can start doing by 2030.

Achieving significant carbon reductions by the end of 2030 with a fuel that is not only very energy intensive to produce, but is also not necessarily as emission free as people are led to believe, leaves the question of what to do to reduce emissions in the meantime.

There are several colour categorisations for hydrogen – green, blue, brown, even yellow, and pink; each offering varying degrees of sustainability. The most common is grey hydrogen – created using natural gas and therefore generating greenhouse gases that left to escape. Blue hydrogen is produced in the same way, but the carbon dioxide produced as a by-product is captured and stored.

Green hydrogen is the cleanest iteration, where hydrogen is produced without the emission of any greenhouse gases, typically using clean electricity from renewable energy sources. Production of green hydrogen is, however, expensive, and requires the use of as yet sub-optimum battery storage technology to ensure a constant supply of hydrogen.

In the current state of things, the government’s plan for hydrogen across UK domestic heating is likely to be driven by blue hydrogen. And unless 100% of the carbon generated by the production process for the hydrogen is captured, then the drive for net-zero gets correspondingly slowed down.

The real opportunities for hydrogen, in fact, lie with heavier industries that are so far reliant on dirty fossil fuels, such as steel making - almost solely reliant on coal, as well as the powering of ships, construction machinery, and trains.

According to Michael Liebreich’s Clean Hydrogen Ladder, hydrogen can find several viable industrial applications. It falls short, however, for domestic heating, with Liebreich explaining that “using wind power to generate [green] hydrogen, and then using that for heat, would have a system efficiency of around 50%”.

There is no argument that the UK’s housing stock needs to decarbonise rapidly to help support the country’s net-zero goals. There is also the question of those homes that are not even connected to the gas grid. Roughly 1.5 million homes in the UK do not have access to the mains gas grid and consequently usually use older methods of home heating, such as LPG oil. Ensuring these homes are retrofitted with renewable heating solutions that don’t require connection to the grid, like heat pumps, will deliver a significant carbon saving.

The government has already pledged that no new homes will be connected to the gas grid as of 2025, and has positioned air source heat pumps (ASHP) as one the favoured technologies to achieve this.  Similarly, the Committee on Climate Change is encouraging the installation of one million heat pumps a year by 2030 – significantly more than the 10% of heating systems hydrogen is currently promised to bring.

However, in 2019, only 8.5% of heat came from low-carbon sources, and, despite their efficiency and environmental benefits, the number of heat pumps installed that year fell below the number needed to meet the one-million-a-year target by 2030.

Concerted government effort, financial support (like the Renewable Heat Incentive (RHI) and Green Homes Grant), and the rapid training of installers are essential to encourage uptake and ensure that target is hit.

With a transition to green hydrogen in many of the heavier industries, we can hope to partially tackle the difficult challenge of decarbonising our economy, but that fuel has not yet proven itself capable to overcome the challenges of home heating, or the looming questions about the carbon levels attached to the processes involved. Rather than rely solely on the reaching of unambitious targets, now is the time to also invest in proven technologies that can immediately start to address the issues before it really is too late.

As with all things climate change related, it is clear that there is no silver bullet to decarbonisation. A mix of multiple different solutions, working in parallel, is the best way not only to ensure energy diversification, but to deliver on the promises of net-zero by 2050.

DECARBONISATION HEAT PUMP HEATING HYDROGEN
Tweets by HVP
Make sure you’re on top of changes in the industry, and sign up for free to receive your monthly copy of HVP and our weekly email newsletter
SUBSCRIBE TO NEWSLETTER
SUBSCRIBE TO MAGAZINE