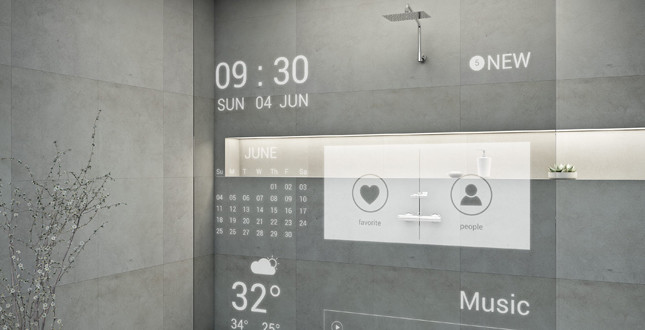 New research has revealed the innovations that consumers would most like to see in the ‘bathroom of the future’, with automatic facial recognition technology topping the list of desirables.

The survey, completed by 1,100 consumers on DigitalBridge, found a consensus of excitement among consumers that tech is soon to transform the home. Nearly half (46%) think that this transformation will be most exciting in the bathroom. A further 28% said that the kitchen is most ripe for innovation and just 9% believe that the living room will see most technological change in future.

Half of people also claimed that they would be more likely to shop with a brand that offered them access to technologies such as augmented reality (AR) or artificial intelligence (AI). This figure rises to 59% among 25-34 year olds.

Despite this, when questioned on their current bathroom tech, 68% of people stated that they believe their bathroom is outdated – with 42% of these even stating that it is very outdated. Just 14% thought their space was of a modern standard and only 6% believed it to be very modern.

Manufacturers and retailers therefore have a lot to gain if they can offer exciting, new and groundbreaking innovations to this audience, and encourage them to upgrade.

When asked which innovations they would most like to see in the next 10 years, 18% said that facial recognition, which automatically sets the user’s preferred lighting or water temperature variables when entering the room, would top the list.

A further 16% of people said they would love to see an in-shower voice device, which allows them to add shampoo, toothpaste and other essentials to their shopping list when they are running low.

An AR simulator, that shows how a hairstyle could look and provides step-by-step instructions on how to achieve it, came third on the list.

David Levine, Chief Executive of DigitalBridge, said: “As outlandish as some of these innovations may sound, they’re actually not far off being a reality. Breakthroughs in AR and AI are steadily making their way into our homes through devices such as Amazon's Alexa and software such as Google's ARCore and Apple's ARKit.

"Clearly, consumer appetite for ground-breaking new bathroom products is high, so the race is on for suppliers to innovate quickly, in order to take advantage of this captive audience.”