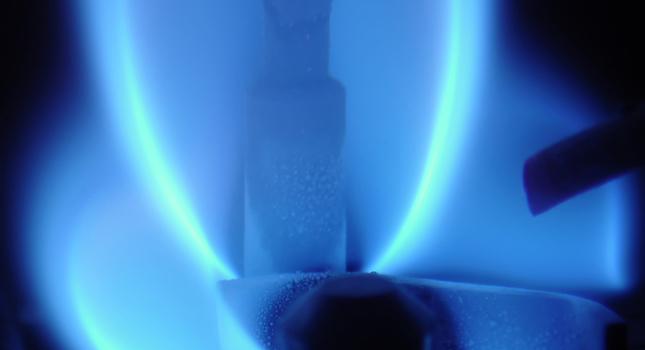 Illegal and dangerous gas work at a home in Ringshall, Hertfordshire has led to a Suffolk builder being fined.

David Liptrott, of Green Lane, Stonham, near Stowmarket, was hired to extend a kitchen and replace an LPG-fired boiler at a house in Charles Tye, near Ringshall, in August 2013. He undertook the work even though he was not a Gas Safe registered fitter – as law requires – or competent to perform the task.

Bury St Edmunds Magistrates’ Court heard on 7 July that when the contract for the work was agreed, Mr Liptrott claimed to be trading as a limited company, DPB Building services.co.uk Ltd, when in fact this company had been dissolved in December 2012.

As part of the building work, Mr Liptrott removed the old boiler and fitted a new model, assisted by his son. The homeowners became concerned by the poor standard of work and safety of the new boiler and raised complaints with Trading Standards officers as well as with Gas Safe Register.

The boiler was examined by an investigator from Gas Safe Register and found to be leaking gas. It was classified as ‘immediately dangerous’, and other ‘at risk’ faults were also recorded.

Further investigations by HSE and Trading Standards found, in addition to the unsafe gas work, there was evidence of unsafe and dangerous electrical work.

The court heard that in 2008, trading as D Liptrott & Sons, Mr Liptrott had also been the subject of a CORGI report and received a written warning from HSE for carrying out unregistered gas work at an address in Ely, Cambridgeshire.

Mr Liptrott was sentenced to nine months in prison suspended for 15 months.

He was ordered to pay his victims compensation fees amounting to £27,490. If he fails to pay this order within 12 months he will be jailed for 15 months.

He was also ordered to pay £16,000 costs after being found guilty to two breaches of the Gas Safety (Installation and Use) Regulations 1998, one breach of the Health & Safety at Work Act, and three breaches of the Consumer Protection from Unfair Trading Regulations 2008.

HSE Inspector Anthony Brookes said: “Having been previously warned about undertaking gas work when unregistered, David Liptrott should have known better than to accept a job he was not qualified, competent, or legally allowed to do.

“People can die as a result of carbon monoxide poisoning and gas explosions. It is therefore vital that only registered gas engineers, who are trained and competent, work on gas appliances and fittings.

“This prosecution shows the willingness of enforcement agencies to work together to bring unscrupulous traders that put safety at risk to justice.”

Councillor Colin Spence, Suffolk County Council’s cabinet member for public protection, said: “This case is a prime example of the great work that can be done when Suffolk Trading Standards and other agencies pool their expertise and resources. Together, they’ve ensured this rogue trader has been brought to justice.

“David Liptrott put the lives of a young Suffolk family at risk by carrying out his illegal work. I would encourage anyone needing work carried out on their property to go to checkatrade.com, the online directory of local tradesmen. All these traders have been checked by Suffolk County Council Trading Standards. I would also urge anyone that has had work carried out by David Liptrott to contact an engineer to have the work inspected, and ensure that their property and family are safe.”

Russell Kramer, chief executive of Gas Safe Register, said: “Every Gas Safe registered engineer carries a Gas Safe ID card, which shows who they are and the type of gas appliances they are qualified to work on.”

“We always encourage the public to ask for and check the card and if they have any concerns about the safety of work carried out in their home, to speak to us.”