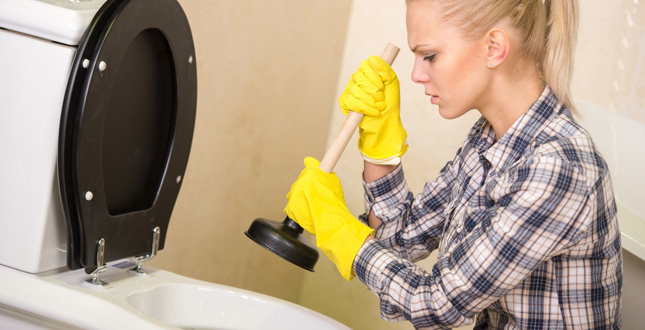 There are so many misconceptions about which items are acceptable to put down your drain, the average Joe is not alone in thinking it’s fine to flush the odd ‘flushable’ wipe, or pour the leftover fat from a roasting tray down the sink.

However, the latest study from drainage specialist, Lanes Group, hopes to bust some common myths about what’s suitable to put down our drains - with the company’s advice being, if it’s not one of the three P’s (toilet paper, pee or poo) or water, then it shouldn’t be going near your loo or plughole.

The study of 1,101 UK adults, looked to highlight the nation’s bad flushing habits, and the worst cities for them. Overall, Birmingham came out as the worst, with a shocking 87% flushing items deemed unsuitable for drainage systems.

Of the items the people of Birmingham are putting down the drain, 44% have flushed ‘flushable’ wipes, which despite their labeling, are in fact incompatible with drains. A further quarter disposed of cotton pads, balls or buds, and a concerning one in five flushed condoms.

Edinburgh came in second place, with 80% of respondents flushing inappropriate items. The study also showed the people of Edinburgh need to re-think their flossing habits, with 22% having flushed dental floss, the highest percentage in the UK.

On a more positive note, Glasgow came out as the nation’s most drain-friendly city. However, despite this seemingly honourable title, more than half (56%) of Glaswegians still have flushed items that are known to cause drain blockages.

Overall, a concerning third (34%) of UK adults flush ‘flushable’ wipes, with more than one in five (22%) putting oil, fat or grease down the drain, and a naughty 12% disposing of cigarette butts in the toilet!

When asked how much we know about the state of national drainage systems, 86% of us had no idea that up to £15 million is spent clearing blocked drains in the UK every year. As well as this, 81% did not realise that up to three quarters of the nation’s 200,000 yearly sewer blockages are caused by fat, oils and grease being poured down drains.

To explore a map of the UK’s worst drainage hotspots and which unsuitable items we’re flushing, visit: blog.lanesfordrains.co.uk/drainoffenders

This epidemic of uninformed flushing is why drainage specialist Lanes Group has created Fact or Flush, an informative online quiz that teaches players to pipe up and start learning some healthy drain etiquette.

Between November 2014 and October 2015, Lanes Group received 431,600 domestic and commercial online enquiries relating to drainage issues, a 12% increase on enquiries from the previous year.

Fact or Flush aims to address this growing number of enquiries by alerting the public to which items they should - and most definitely should not - be flushing or pouring down their drains. It also tests users on their toilet knowledge by throwing in some true and false loo facts.