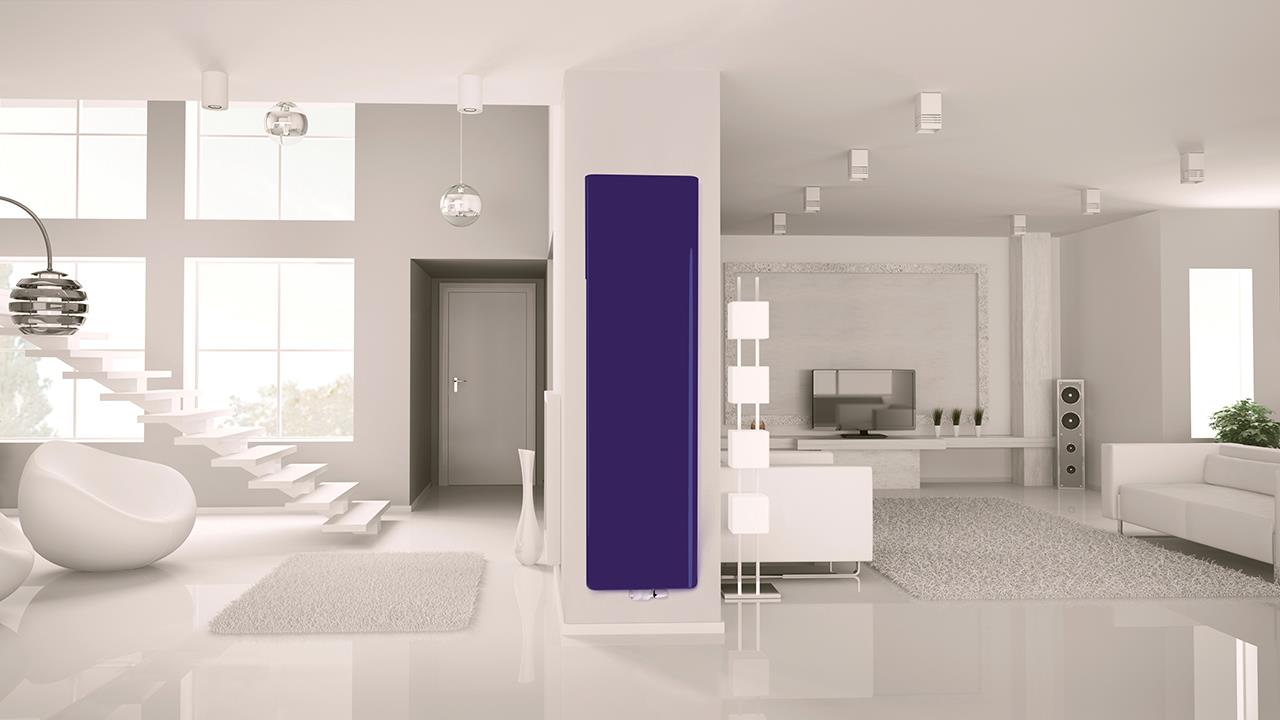 Chris Harvey, Head of Marketing at Stelrad Radiators, takes a look at the fast growing trend of coloured radiators in the home.

There’s never been a better time to add a little colour to your décor as the trend of coloured radiators takes off in a big way in the UK.

You used to be able to get a radiator in any colour, so long as it was white! Clearly, white is still by far the favourite when buying radiators, and the most often selected colour for newbuild properties, but the trend to install coloured radiators – either in one particular room or across the home – is definitely growing.

The fashion has come about mainly because of the ‘rise and rise’ in popularity of the towel rail radiator for the bathroom or en-suite. Coloured radiators are also becoming popular choices for replacement radiator projects, as well as for decorative or designer radiators in bathrooms and wetrooms across the home.

But it was the advent of vertical radiators that has seen these designer radiators spread to other rooms outside the bathroom – in particular in kitchens and in hallways, as well as on landings and around the home. As visual statements, they are most often found in the rooms that visitors will see, such as the main living room, and the entrance hall, but locations including the master bedroom and the main spare bedroom where guests may stay and be impressed by the use of colour in the bedroom décor, are also favoured choices.

Vertical radiators have become particularly popular in homes with renewable heating systems – the taller radiators offering increased metal surface areas to heat the room. They are also suitable for rooms where wall space is at a premium – narrow, tall radiators can do the job of sharing heat around the home in locations where you wouldn’t typically be able to install a conventional horizontal radiator.

While some people will tell you that underfloor heating is the natural ally of renewable heating systems, radiators have been proven to be just as effective and arguably more flexible in their use as they heat up and cool down more quickly than underfloor heating. Vertical radiators, along with K3 radiators – with three panels and three sets of fins – are particularly effective at providing the additional heating spaces that lower temperature heating systems require.

The key to an efficient renewable heating system is good insulation throughout the home. This is something that requires more attention from newbuild developers, many of whom are still not including sufficient insulation in their homes.

Interior designers are also increasingly opting for coloured radiators to match or contrast with the overall décor of a room. What better way to add colour to a design than through the visual statement of a coloured radiator? They can effectively liven up and brighten up their surroundings in children’s bedrooms, playrooms, and nurseries, for example.

And, of course, a touch of colour works well in commercial properties for companies wishing to highlight their brand identity. For example, a number of top football clubs’ reception areas are adorned with radiators picking out their club colours – Wolverhampton Wanderers has ‘old gold’ radiators and West Ham features claret and blue radiators in the new London Stadium.

While opting for a coloured radiator can often mean longer timescales for delivery, some manufacturers, like Stelrad, now offer a wide selection of their products in colours from stock – with delivery in 72 hours. Most popular are radiators in dark grey finishes that stand out nicely next to white walls.

Generally, choosing a coloured radiator makes little difference to the heat output of a radiator, however some metallic finishes – chrome and stainless steel, for example – will slightly reduce level of heat transfer.

As time goes by, the number of coloured options will continue to grow, and become available from stock as well. It’s only a matter of time before coloured radiators become a much more common sight in homes across the UK than they are at the moment.

HEATING RADIATORS STELRAD
Tweets by HVP
Make sure you’re on top of changes in the industry, and sign up for free to receive your monthly copy of HVP and our weekly email newsletter
SUBSCRIBE TO NEWSLETTER
SUBSCRIBE TO MAGAZINE