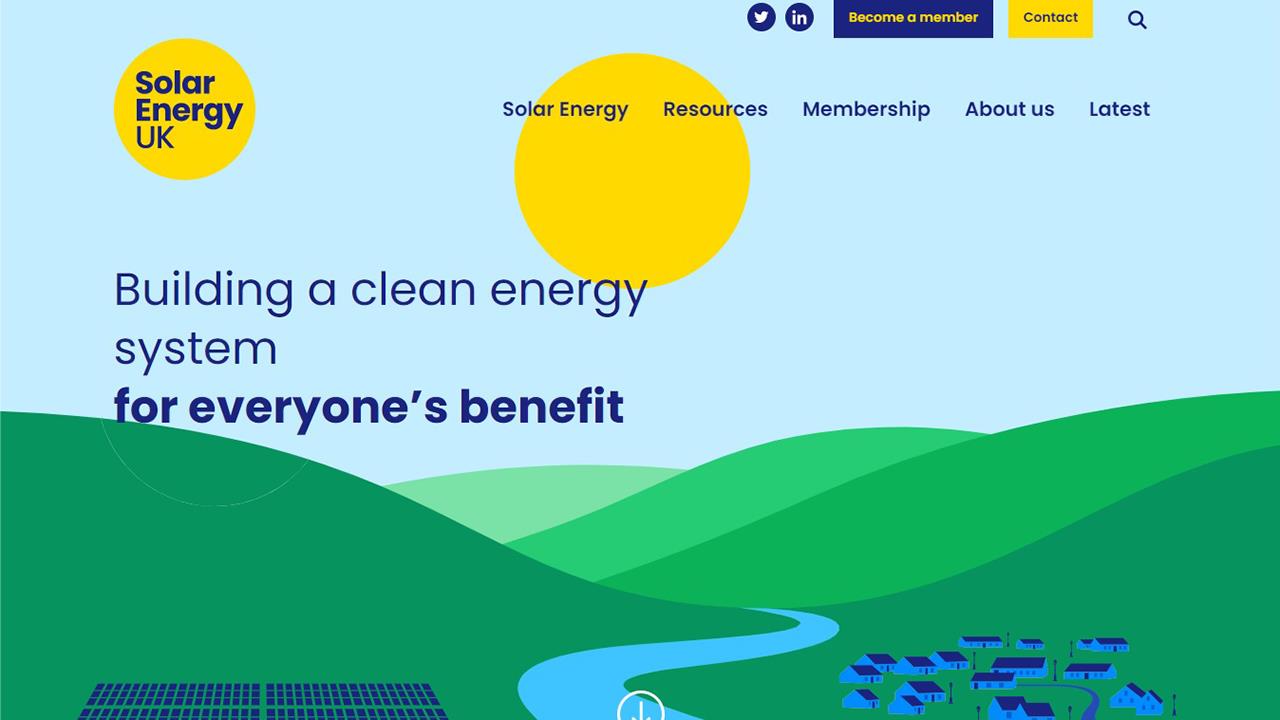 The UK’s solar industry body has today unveiled a comprehensive rebrand, including a new name and website and an annual impact report to demonstrate the value it has driven for its members.

The organisation has represented solar in the UK for over 40 years as the Solar Trade Association, supporting the rise of two solar energy technologies to the mainstream, first solar thermal, and in the latter two decades solar PV. As Solar Energy UK, it will continue to serve as the voice of solar in the UK, it says, now incorporating energy storage at all scales. As the costs of the technologies continue to fall, the role of the industry body is to press the case for a flexible, distributed energy system underpinned by solar energy and storage technologies.

The association has undergone significant change in recent years, including pivoting to digital services, putting a trebling of solar in the UK at the heart of its strategy for the decade, and now selecting a name that better speaks to its geographical remit and encompasses the entire value-chain.

Solar Energy UK Chief Executive Chris Hewett said: “Our new brand reflects how the industry has become established player in the UK energy sector. We’ve grown as a trade association, with the ambition to lead the solar and energy storage industries into a brighter subsidy-free era.

"We’re changing to increase our influence, attract more members, raise the profile of solar energy in the UK and build more partnerships for the future. It’s a sign of the confidence we know exists across the entire solar energy value-chain.”

Walburga Hemetsberger, Chief Executive of SolarPower Europe, said: “The UK is a key market for solar, and Solar Energy UK remains a critical partner to drive the energy transition towards climate neutrality. We look forward to further collaboration, especially in the context of COP26 which is set to be held in Glasgow, and with the UK government pledging to reduce emissions to net-zero by 2050.”

Solar Energy UK has a comprehensive programme of activity for 2021, firing the starter pistol on the race towards 40GW of solar energy capacity by 2030, with working groups, webinars, and workshops for members to get involved in, and a suite of insightful content to galvanise action from the government and other key stakeholders ahead of COP26.