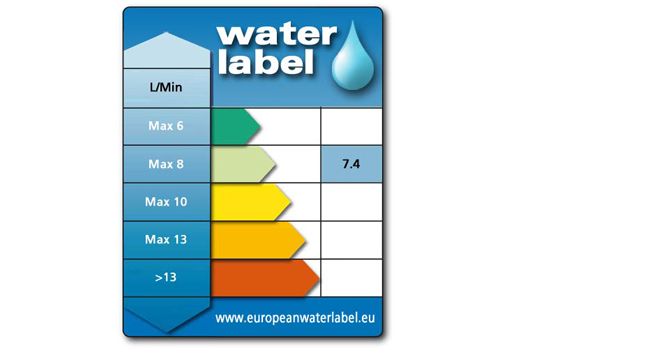 It has been another remarkable period of rapid growth for the European Water Label. Yvonne Orgill reviews the development of the scheme throughout the Winter and Spring months and considers what lies ahead in 2016

Feverish, non-stop activity has resulted in more major advances in the development of the European Water Label.

The Label is gaining higher visibility throughout Europe. It has been seen at the major industry fairs of Mostra in Milan, KBB in England, and the Poznań Installer Fair in Poland.

Thousands of visitors and  key decision makers have witnessed first hand at busy display booths how important the Label is becoming in assisting Europe’s drive for economies in water and energy use.

The Label is also gaining higher visibility in product marketing, sales and distribution. It can now be seen in greater volume on products sold in the DIY stores and builders’ merchants. It is gaining ground on manufacturers’ websites and point-of-sale material and packaging. There is no doubt that consumers are taking heed of the messages that the Label is delivering.

The scheme’s information and product details are now available in no less than four European languages – English, German, Spanish and Turkish, with a further two, Italian and French, to be undertaken during 2016. This achievement was regarded by scheme supporters as a key goal, aiding awareness and visibility and driving product registrations.

Likewise, the introduction of a network of National Agents working closely within their own markets is also regarded as a key goal. To that end the AGRIVAL and AVR are already on board and negotiations with our colleagues in Turkey are underway.

Green Building Codes, Eire, have linked to the Scheme as they see the positive benefits offered in pushing the message to use less water and reduce waste in all buildings.

The database of 9,500 products in 13 fully-developed product categories is now supported by 105 registered bathroom and kitchen brands. It can be viewed in 34 countries.

For the future, more discussions will take place with like-minded organisations across Germany, Portugal, Spain, UK and Italy to openly discuss how they can all work together in support of one industry-led Labelling Scheme.

The European Water Label is gaining visibility. It is growing and becoming increasingly recognised as the preferred Label amongst key industry leaders and decision makers. It is getting seen across Europe and further development and growth will be the result during 2016.

Together, we must continue the positive drive forward and continue building the momentum.

Yvonne Orgill is managing director of the Water Label