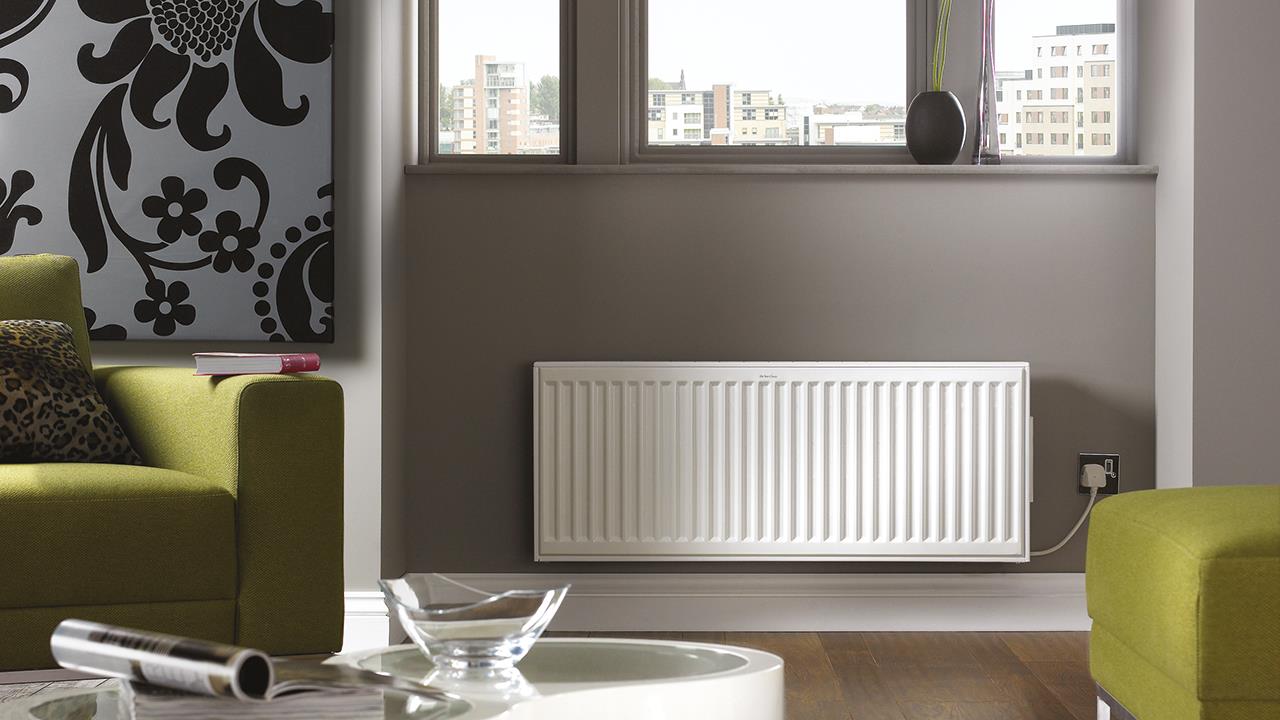 Modern pipeless electric radiators, often water or silica-filled, are becoming a popular heat source. They are a simple plug-and-play solution, mounted on brackets and plugged into a standard electric socket. Installers and users like their flexibility, low maintenance, cost-effectiveness, and comfortable radiated heat.

Traditionally they have been used as an addition to existing gas heating systems, but an interesting new trend is their use as the main heat source in multi-occupancy buildings. So, why are installers and building managers choosing them above other options like underfloor or gas heating?

Firstly, pipeless radiators are usually cheaper to buy and quicker to install than gas or underfloor systems, both of which need plumbing in. With a gas system in a block of flats, for example, each flat probably needs its own boiler and flue which is an expensive, cumbersome installation in such a setting.

In addition, it is easy to add more radiators as the building evolves, only an electric socket is needed. They can even be mounted on thinner internal walls using special load-bearing discs. With alternative systems it may be necessary to dig up concrete floors or cut through irreplaceable period panelling.

Finally, maintenance is much simpler – they require no draining, bleeding, or topping up, which is ideal for landlords and building managers. Each radiator works independently and any problems can be isolated. By contrast, if a gas leak occurs in a multi-occupancy building, it is hard to detect and everyone is affected.

However, pipeless radiators would not be used if wall space is at a premium or if the only possible location is under a window, which is not ideal for energy efficiency.

In Britain, outdoor temperatures can change rapidly, sometimes by 10°C in 24 hours. When a room needs to heat up or cool down quickly, pipeless radiators take just minutes to adjust, whereas underfloor heating or storage heaters take much longer. This can be a serious problem for a multi-occupancy care setting: elderly people’s body temperatures can fluctuate fast, with associated health risks, which carers need to manage. That is one reason Canterbury Care Group recently installed

RadiWarm pipeless radiators into two of its care homes, replacing storage heaters. Apart from wintertime, they tend to make rooms too hot, producing heat all through the day which has been stored at night.

Especially useful in care homes is a protective low-temperature radiator cover like the RadiWarm Safe Touch which ensures it never exceeds 43°C, thus protecting residents from burns or scalds.

Any heating system in a multi-occupancy building needs a good control system. Thankfully, pipeless radiators are controllable either individually or grouped in a zone. RadiWarm, for example, offers a seven-day programmable thermostat and timer device whereby each radiator can be connected by RF link to the control unit so heating can be controlled, zoned, and operated from a central point in the apartment. Or, with a smart controller, the radiators can be independently and remotely controlled from a web-based app on a smartphone or tablet.

CPL Developments chose to control each radiator with its own thermostat in each of 60 new luxury flats in Lincoln. This room-by-room controllability was ideal for this setting. Alternatively, and more cheaply, numerous radiators can be grouped together and controlled from a single thermostat. Typically, all the radiators in the bedrooms would be in one zone and those in the living areas in another.

In conclusion, pipeless radiators are recognised as a self-sufficient main heat source in multi-occupancy buildings partly for their simplicity and future-proofing qualities and partly because many alternatives are more expensive and harder to change as a building evolves.

ELECTRIC HEATING PIPELESS RADIATORS
Tweets by HVP
Make sure you’re on top of changes in the industry, and sign up for free to receive your monthly copy of HVP and our weekly email newsletter
SUBSCRIBE TO NEWSLETTER
SUBSCRIBE TO MAGAZINE