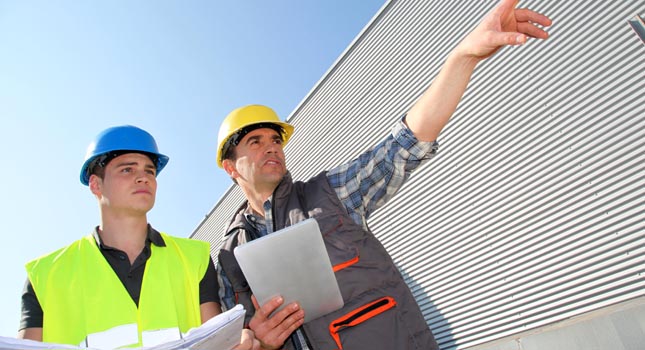 A new apprenticeship levy targeting an increased intake of apprentices among large employers will cause confusion for construction companies as it is unclear how it will work alongside an existing levy, BSRIA says.

Julia Evans, chief executive of BSRIA, also questioned whether the introduction of the new levy would "kill off" the Construction Industry Training Board (CITB), a non-departmental public body which works with construction companies to improve skills and respond to challenges employers face.

The CITB currently operates a construction-only levy on apprenticeships.

The new levy, designed to increase apprenticeship numbers and the quality of courses in the UK, is being introduced with the aim that every large company contributes to developing the new generation of skilled apprentices.

BSRIA says the consultation launched by the government asking employers for their views on the new levy plans makes it clear it is considering scrapping the existing CITB system.

Government and the affected industries need to decide how best the existing levy arrangements respond to the apprenticeship levy, BSRIA adds.

Although government is yet to specify what constitutes a large employer, the Confederation of British Industry (CBI) has suggested this is likely to refer to businesses employing 250 or more people. The CBI also predicts that the levy rate, which will be determined by HM Treasury, will be about 0.5% of the payroll.

Under the proposed plan, employers who put in funds will have direct spending power over it.

The government says it aims to build a world class employer-led apprenticeship system, ensuring that every larger company plays their part in investing in the future generation of apprenticeships.

Ms Evans said: “Quality apprenticeships are essential for our industry to help strengthen the economy, deliver the skills that employers need and give millions more hardworking people financial security and a brighter future. Skilled people are the lifeblood of a strong economy to meet the demands of a competitive, global market. We hope that our members don’t have to pay such levies twice over and that the future of the CITB is safe – especially as the training it provides is dedicated to the construction industry.

"Another concern is the impact of the levy on the SME (small and medium enterprises) where most apprenticeships are situated. Given that 99.9% of construction companies are SMEs, the future and livelihood of their apprentices could be under threat if larger companies resent contributing towards this new levy, smaller businesses will inevitably feel the impact. These are worrying times for the outlook of our industry’s workforce,” said Ms Evans.

Meanwhile John Thompson, chief executive at APHC, speculated over whether the cost of policing the levy would limit its effectiveness.

“Although we would welcome any initiative that offers incentives to smaller businesses to engage in apprenticeship training, it is important that the levy costs do not discourage large employers from recruiting," he said.

“Historically, the industry has withdrawn from a levy grant system due to the high costs involved in its policing and enforcement, which then left little value in the money collected.

“We will, of course, provide Government with as much assistance and consultation as is required, however, the jury is still out with regard to the overall effectiveness of the initiative,” he added.

UK productivity now falls behind other major Organisation for Economic Co-operation and Development countries, with the amounts invested in training by businesses having fallen consistently over the past 20 years.

The proposed levy forms part of the government’s pledge to support 3 million apprenticeships by 2020, and includes a requirement to take a company’s apprenticeship offer into account when awarding large government contracts, as well as publishing new industry standards to ensure apprentices have the skills companies require.

The all-industry levy is expected to come into force from April 2017.