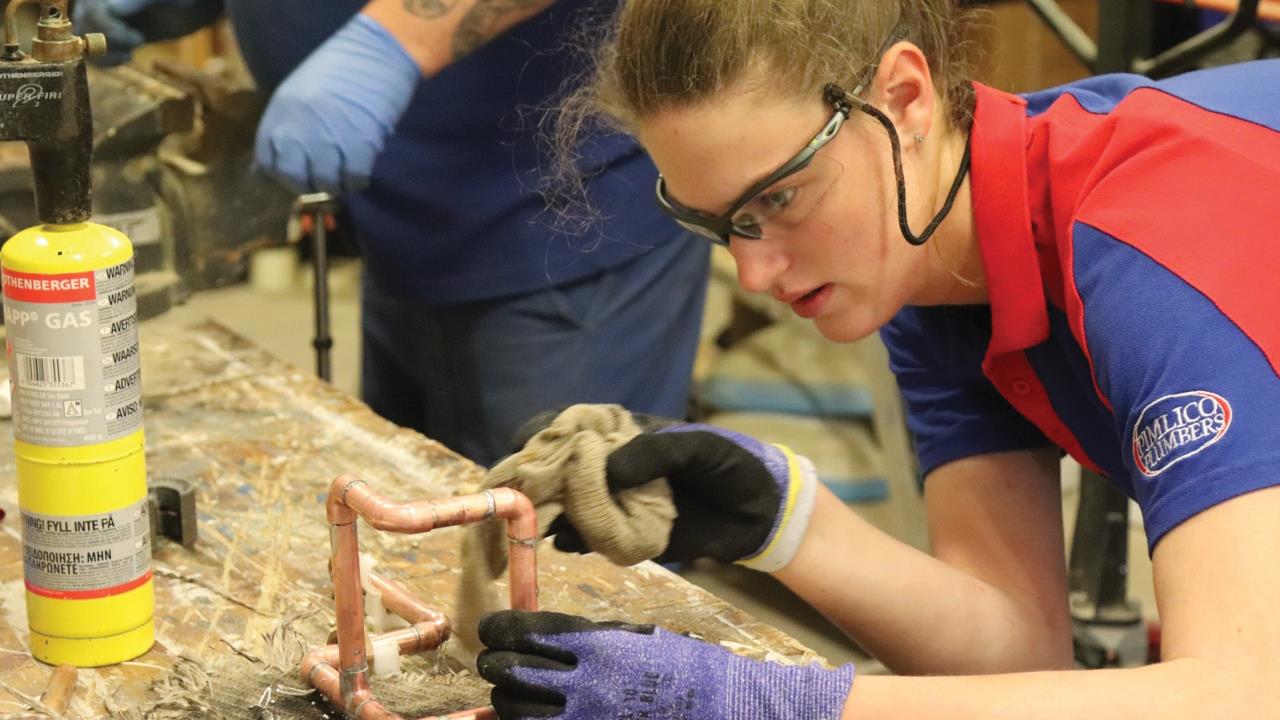 Ashley Mullins, Control Centre Manager at Pimlico, argues that the UK’s skills crisis can only be answered if more is done to promote the value of apprenticeships.

From a very young age, I wanted to be a plumber and part of a successful business.  It is, of course, in my blood as Pimlico founder Charlie Mullins is my grandfather and I am also following in the footsteps of my father, Scott, who has worked his way up the business to become Chief Executive.

Although Pimlico is a proud family business, there was no leg up for me and I had to do what any young person who wanted to enter the industry had to do; become an apprentice. It has given me skills I can apply throughout my career, not only when I was on the tools, but now as Control Centre Manager, and beyond.

Charlie tells every young person who walks through the door at Pimlico: ‘get an apprenticeship, learn a trade, and you’ll never be without work’. I can safely say that he has been right many times over.

However, if that’s the case, why is it that we constantly hear about a skills crisis in our industry? From my perspective, as someone who recently completed an apprenticeship, I think it’s crazy.

We are a victim of a culture, pushed heavily by the last Labour government, of ‘university at all costs’ where vocational training was seen as a poor relation to an academic route of study.

This led to a lot of people taking ‘Mickey Mouse’ degrees with no prospect of a career at the end of it, while employers in our sector were screaming out for good quality people with the skills and qualifications to meet the demand from potential customers.

And as well as hearing this anecdotally from virtually every plumbing company across the UK, official stats back it up too. The Department of Education’s 2017 Employer Skills survey reported that there are not enough skilled professionals to meet demand in the UK with trades, such as plumbing and electrics, having the most significant shortages.

Research for the 2019 version of the report began last summer and, frustratingly, I predict that we will be in a similar position, although perhaps it might be slightly better.

That’s because I believe there has been a shift in the perception of apprenticeships, from politicians, employers, young people, and their parents. More and more industries are waking up to the idea that practical learning can be applied to so many different jobs.

At Pimlico, alongside our apprentice plumbers, electricians, and mechanics, we have apprentices working in our control centre, customer services, and accounts department. There is no better experience for them to work in a fast-paced, dynamic business while they work towards their qualifications.

Of course, it benefits the business and our customers too as we are helping to develop loyal and committed individuals who understand the company ethos and can seamlessly join the workforce when they successfully complete their training.

We also do what we can to promote apprenticeships and regularly welcome schools into Pimlico to meet our current and previous apprentices, who also regularly take part in outreach events to demonstrate the brilliant careers opportunities open to young people.

But, while our industry has been crying out for a larger pipeline of new skilled people, it hasn’t always been easy for businesses to take on trainees, most significantly because of the Apprenticeship Levy.

Immediately after it was launched in April 2017, apprenticeship starts in the first six months fell off a cliff with a 40% drop, and stayed lower than expected for the next couple of years. There had been a slight turnaround in the period up to February last year with 256,300 apprenticeships starts between August 2018 and February 2019, up from 232,700 in 17/18.

However, we are still playing catch up and the number is nowhere near enough. While the intentions of the politicians were admirable, it’s a scheme too complicated for its own good that has actually stopped businesses taking on apprentices.

At Pimlico, we have always advocated a far simpler system. Take the Jobseeker’s Allowance that is given to out of work young people and transfer it instead to employers that can use it to part-fund apprenticeship training. It will help give these young people an income and a trade. It’s a no-brainer and a win for everyone.

With National Apprenticeship Week this month, vocational training will be taking centre stage, but it is an issue that deserves prominence 365 days a year, namely because apprenticeships are so vital to the future of our industry.

APPRENTICE APPRENTICESHIP ASHLEY MULLINS CHARLIE MULLINS EDUCATION PIMLICO SKILLS SKILLS CRISIS SKILLS SHORTAGE TRAINING
Tweets by HVP
Make sure you’re on top of changes in the industry, and sign up for free to receive your monthly copy of HVP and our weekly email newsletter
SUBSCRIBE TO NEWSLETTER
SUBSCRIBE TO MAGAZINE