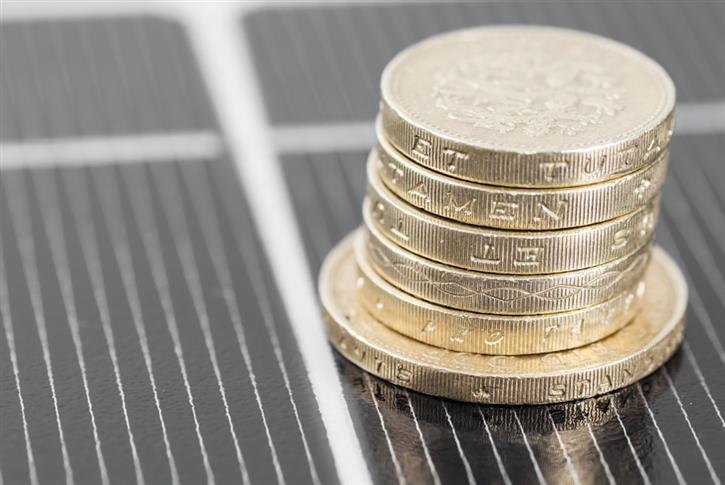 As the cost of solar PV comes down, customers are beginning to see the benefits of having the technology installed. Plumb and Parts Center’s Tim Pollard explains how to get more out of solar

Solar panels are great pieces of technology. It doesn’t need to be gloriously sunny for them to work, making them suitable for the climate here in the UK, and they are easy to maintain as they don’t contain any moving parts that can rust or malfunction.

What’s more, solar photovoltaic panels (solar PV)are pretty close to ‘fit-and-forget’ technology and, once installed, they should last for 25 years or more.

With benefits like these, solar PV is proving increasingly popular with customers looking to save money on their energy bills. In fact, at the end of 2013, I decided to have solar PV panels installed in my own home. I really do believe in the product so I thought it was time to put my money where my mouth was and I’ve never looked back.

We have an unlimited supply of free energy in the form of the sun’s rays, so it makes sense to harvest it and put it to good use. Also, with the Feed-in Tariff scheme (FiTs), people are now rewarded for a percentage of the energy they do not use.

The FiTs was introduced in April 2010 to encourage the uptake of renewable electricity-generating technologies, including the installation of solar PV. Energy suppliers pay a set rate for each unit (or kWh) of electricity generated and a further rate for each unit exported back to the energy grid. In other words, customers are able to sell the energy they generate, but that remains unused, back to the grid – estimated as 50% of the total electricity generated.

Therefore having solar panels installed doesn’t only make environmental sense – because customers are replacing the electricity generated by burning fossil fuels with a cleaner process – but can also make good commercial sense, too.

In fact, Greg Barker, the former Energy & Climate Change Minister, has said that installing solar panels could be a better investment than a pension, because they could yield more than an annuity.

It could be that solar panels are about to become even more popular as the costs are beginning to fall. These reductions, even without government support, could soon become very cost-competitive with fossil fuel alternatives, the price of which continues to rise.

When the FiTs was first introduced, the cost of installing solar was almost double what it is now. This is potentially great news for installers as it will mean more people could take up the offer of cheap energy.

The Energy Saving Trust estimates the price of the savings at around £750 a year (for a 4kWp solar PV system), which is a significant amount of money.

The only thing that will need replacing over that time is the inverter, which will be a bread-and-butter job for a Microgeneration Certification Scheme-accredited installer.

As a consumer, I’m a big fan of solar PV and I’m not the only one. More than half a million buildings in the UK are being used to generate solar power, because the benefits are clear to see. The other day we were running the washing machine and dishwasher at my home, and my smart meter was still reading 0. That means I’m doing the washing for free and it’s very satisfying to see the fruits of my investment.

From a professional point of view, I think this is good news for the solar market. The financial incentives are making it more and more attractive for people to fit panels and installers can benefit from more business; it really is win-win.

Tim Pollard is head of sustainability at Plumb and Parts Center