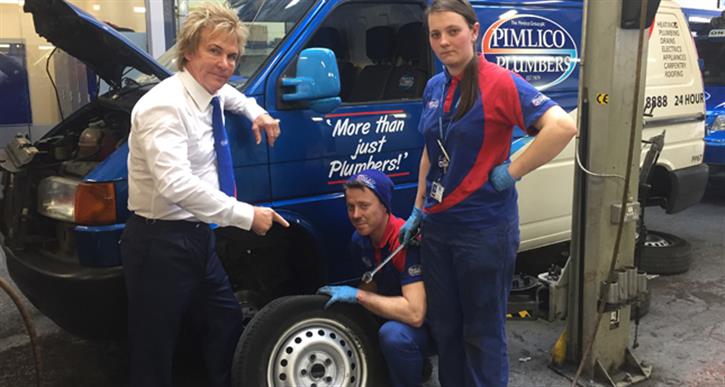 The Alliance's Annual Local Authority Road Maintenance survey found that 17% of roads are in poor condition and, according to local authorities, it will take around 12 years and £12 billion to bring Britain's road network up to standard.

Mr Mullins, chief executive officer of Pimlico Plumbers, says that the country needs to address the problem quickly if Britain is to become more productive. He has suggested that additional private sector involvement could be a solution.

He said: "If there was any anecdotal evidence needed to prove the state of Britain's roads, just visit the Pimlico Plumbers garage. At least twice a week we have to take vans off the road to repair damage caused by potholes.

"We're told that infrastructure is a very large part of the productivity puzzle successive governments have been trying to solve for decades. But it's not just about super-fast railway lines to the Midlands or motorway flyovers; it's also the local network, which acts as the pipework that helps keep the vehicle-driven economy flowing.

"As any good plumber will tell you, a blocked pipe is a bad thing! A small six-inch hole in a road may sound insignificant, but all over London and the rest of the country, these little bits of damage are causing a mountain of pain for drivers and businesses. If we don't sweat the small stuff, Britain will never challenge its neighbours in Europe and other countries around the world in the productivity league tables.

"If the pace of repair work doesn't increase, perhaps I'll start a new division at Pimlico Plumbers and hire crews myself to sort out the roads we need to get to our customers quickly and efficiently!"

Pimlico Plumbers, which has a fleet of more than 230 vans, trucks, cars and motorbikes operating across Central and Greater London, is regularly impacted by potholes. Its in-house garage, located in Lambeth, deals with between two to three vehicle repairs each week as a result of road damage.

In addition, the company says the damage to the vans, and the repairs required, negatively impact on the business' productivity and its ability to reach customers around the capital at scheduled times.