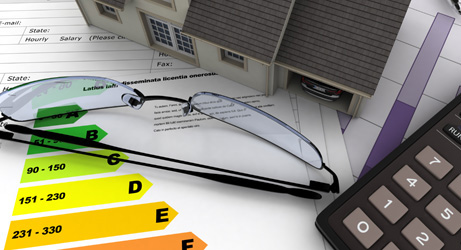 Would-be house-sellers are being urged to make sure their property is energy efficient before it goes on the market, or risk losing thousands.

Figures from a recent survey conducted by SellingUp.com suggest a home’s energy efficiency rating could be a deal-breaker, withover half (59%) of potential purchasers saying they would drop their offer if the rating was poor. One in three (36%) said an inefficient property would lead them to reduce their offer by thousands and 16% said they would pull out completely.

“This will influence their offer. Poorly insulated homes are costly to run and detrimental to the environment, but these latest figures are also an important reminder to homeowners that an inefficient property will have an impact on resale value.”

Ahead of putting a property on the market, an EPC will make recommendations for cost-effective improvements to help cut fuel bills and carbon dioxide (CO²) emissions.

“By following the recommendations in an EPC, an average of £300 a year can be saved on fuel bills,” said Mr Thom.

With a quarter of heat lost through the roof of an uninsulated home; loft, attic or roof insulation is a simple and effective way to keep heat in and reduce fuel bills.

The Energy Saving Trust estimates that annual savings of up to £240 and 990kg of CO² can be achieved by installing loft insulation, while cavity wall insulation can save up to £275 and 1,100 kg of CO² with less than a five-year payback and a 25-year (CIGA) guarantee.

Furthermore, boilers account for 55% of an annual fuel bill. Replacing an old ‘G’-rated boiler with a new ‘A’-rated condensing boiler and heating controls can cut carbon emissions by 1,500 kg a year and fuel bills by around £340.

“The UK still has some of the oldest and most inefficient housing in Europe, with people wasting energy and paying much higher fuel bills than necessary,” said Peter. “Our houses also account for 27% of the UK’s carbon emissions, which contributes to climate change. With around 26 million homes, this is a significant cost to the environment.

“The SellingUp survey demonstrates that energy efficiency is now a priority consideration in the house-buying process alongside location and size. This is a positive step forward that should drive the momentum for more green schemes to help people make their homes energy efficient. By making simple improvements recommended by an EPC, homeowners will avoid wasting energy and enjoy a warmer home that is significantly cheaper to run, whilst also safeguarding their resale value.”