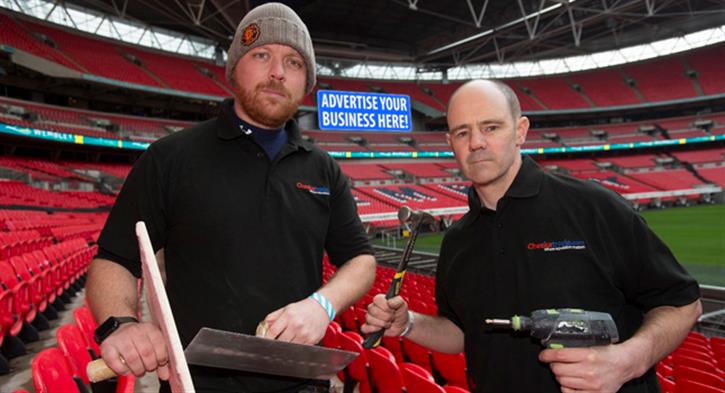 Installers are invited to register to join Checkatrade before the 14 March to be in with the chance to win incredible exposure – their business plastered pitch-side at Wembley Stadium.

Checkatrade, sponsor of the Checkatrade Trophy Final, supports and raises the profile of over 23,000 professional trades across the country every day, says the company.

On Sunday 2 April, two new members will have the chance to see their business name up in lights at the home of English football. From pitch-side perimeter boards, to Wembley’s big screen, Checkatrade’s competition is set to give an incredible level of exposure for two lucky businesses.

All Trades that register and join via http://www.checkatrade.com/wembleycompetition before 14 March will be in with a chance to take a share of Checkatrade’s branding at one of the showpiece occasions in the EFL football calendar.

The two lucky winners will also be in attendance on the day, enjoying the action from Wembley’s hospitality. Live on Sky Sports, the Checkatrade Trophy Final will offer a platform for the winners to have their business advertised live on Sky Sports during a match that was played in front of 59,000 supporters last year.

Kevin Byrne, chief executive officer of Checkatrade, said: “Here at Checkatrade, our job is to promote the hard-working trades of Britain, and that is why we’re taking this opportunity to reward new members with the chance to see their business up in lights under the famous Wembley arch.”

A random prize draw will select the two main winners. Ten runners-up will win a pair of regular tickets to the Checkatrade Trophy Final. For more information and to enter, visit: http://www.checkatrade.com/wembleycompetition