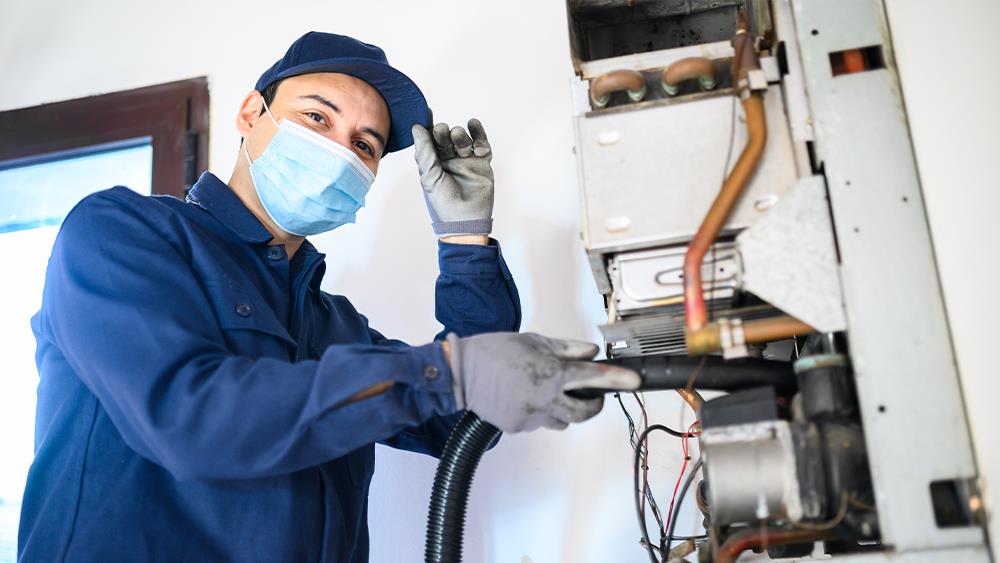 The survey of over 5,000 kitchen, bedroom, and bathroom (KBB) installers has found that 47% of respondents have had to cancel jobs due to customers or the installers themselves being ‘pinged’ by NHS COVID-19 app.

The British Institute of Kitchen, Bedroom & Bathroom Installation (BiKBBI), which conducted the study, estimates that this is costing millions of pounds to installers and paving the way for months of disruption for customers, with lead times for jobs already extended due to a shortage of skilled installers able to meet demand.

As a result of those findings, BiKBBI is calling for the government to exempt skilled tradespeople operating safe working procedures in people’s homes from having to isolate automatically if they or their customers are ‘pinged’ by the COVID-19 app.

According to the Institute, including installers to the list of excepted workers would recognise that they, and the wider construction industry, have been operating safely in people’s homes throughout the pandemic, thanks to robust safe operating procedures.

Damian Walters, BiKBBI CEO, said: “Installers are taking a hit on their incomes that’s as unnecessary as it is unfair. They’ve spent the last year working to incredibly safe procedures, meaning that they could continue serving  customers throughout the pandemic. For at least half of them to now have to stop working – and earning – as the rest of the country recovers just seems utterly ridiculous.”

“The disruption for customers is also a real kick in the teeth for people who want to invest in their homes after such a tough time and could create a crisis for the industry. Jobs won't be able to be rescheduled for many months, creating the risk of a wave of cancellations. Having invested to meet the currently high demand, KBB retailers and manufacturers could find themselves at a breaking point in the coming months.”

“Public safety and keeping the virus under control of course needs to be the highest priority, which is why KBB installers introduced robust safe working procedures over the last year. Recognising this by adding them to the list of workers exempt from automatic isolation would be an incredibly sensible thing for the government to do.”

BIKBBI BRITISH INSTITUTE OF KITCHEN BEDROOM AND BATHROOM INSTALLATION CORONAVIRUS COVID-19 HOME IMPROVEMENT PANDEMIC
Tweets by HVP
Make sure you’re on top of changes in the industry, and sign up for free to receive your monthly copy of HVP and our weekly email newsletter
SUBSCRIBE TO NEWSLETTER
SUBSCRIBE TO MAGAZINE