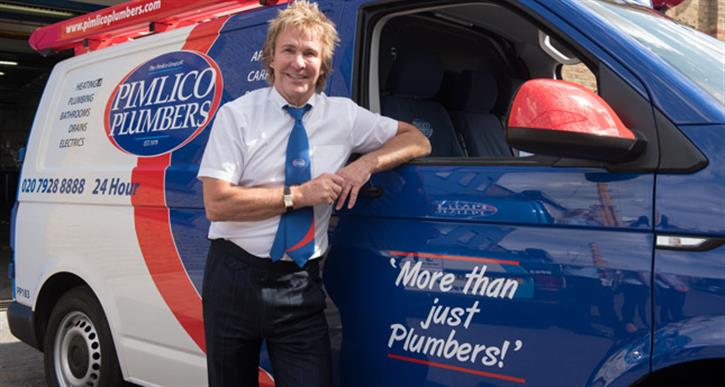 Pimlico Plumbers has enjoyed a period of strong growth in the final quarter of 2016, which the company's CEO has attributed to its 'Brexit Proofing' programme.

This period included the Central London-based company's first £3 million month in October, when sales reached £3.15 million. This was quickly beaten in November, with sales of £3.4 milion, followed by revenues of £3.2 million in December.

To achieve these figures, the company embarked on what it described as a 'Brexit Proofing' strategy, by increasing its focus on productivity and quality of service, an initiative which saw the company maintain its continuous growth trajectory during the last recession.

In addition, Pimlico Plumbers has added additional capacity to the business by undertaking a significant recruitment drive to increase its team of skilled and experienced engineers to 275, together with a £1 million investment in new vehicles and its Lambeth headquarters.

After completing a programme of internal works, including expanding its call centre and vehicle workshop, the company will, this year, add a further 10,000 sq ft to the building with the construction of an additional storey.

Charlie Mullins, CEO of Pimlico Plumbers, said: "I'm blown away by how well Pimlico Plumbers has performed in the past six months. It was always going to be tough to predict where the economy would go after the EU Referendum, but smart businesses always prepare for the worst and put things in place to insulate themselves against economic ill-winds.

"During the great recession of 2008-2010 we proved that it was possible to buck the trend and continue to grow, despite the existence of toxic trading conditions that pushed many established businesses into a death roll from which they never escaped. So, post 24 June, 2016, I, like the Bank of England, began a process of 'Brexit Proofing' my backyard, so it would be able to weather the coming storm, much of which I genuinely believe still hasn't made landfall in the UK.

"I'm pleased to say that my plan, like Mark Carney's dropping of interest rates and massive QE programme, for which I am eternally thankful for, have paid dividends in the second half of last year. In fact, our 'Brexit Proofing' programme gave us the best six months of trading we've ever had.

"This is a truly great result, and while I'm still worried about the future, today I'm feeling confident that we have the ability to weather whatever these interesting times throw at us in 2017 and beyond."