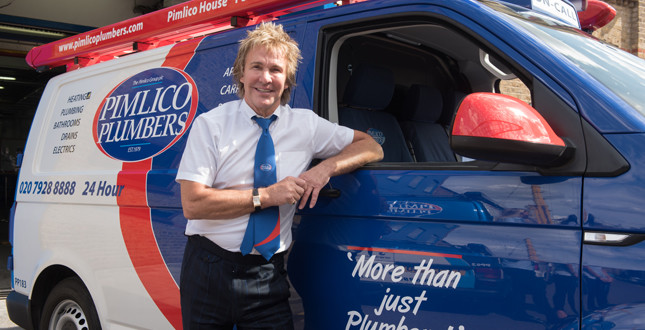 Pimlico Plumbers reported a sales growth of 22% in the first quarter of 2018, putting the company on target for £40 million turnover in its current financial year.

For the first three months of the year, the company achieved sales of £10.77 million, up from £8.8 million on the same period in 2017. A significant portion of Pimlico’s growth was achieved in March when it brought in revenues of £4 million.

This was, in part, as a result of increased demand from customers in the Greater and Central London area during the ‘Beast from the East’, but the £1 million worth of extra sales achieved that month, along with the increase across the quarter, were reportedly as a result of the company’s aggressive expansion programme.

In the past 12 months, the company has added 50 engineers to its team, not only in plumbing and heating, but also electricians, drain specialists, builders and joiners, taking its number to above 280.

This has led to the company also increasing its vehicle fleet, which now stands at 262, to enable it to effectively service the growing volume of planned and emergency response jobs.

In addition, Pimlico has been delivering a £1 million refurbishment programme at its headquarters in Lambeth to create more space for its support functions and its 140-strong office-based team.

Charlie Mullins, CEO and founder of Pimlico Plumbers, said: “With the economy flat lining, it's very pleasing to have outstripped our 2017 baseline for the first quarter of this year. Unseasonably cold and wet weather in March could be the culprit for the outstanding results, but that's only a fraction of the story; about 10% to be precise.”

He continued: “It's truly a very exciting time for Pimlico Plumbers, and turnover in excess of £100 million is the new minimum expectation for the business, based on the available data, which is itself a product of the innovations and investments we are already putting in place.”