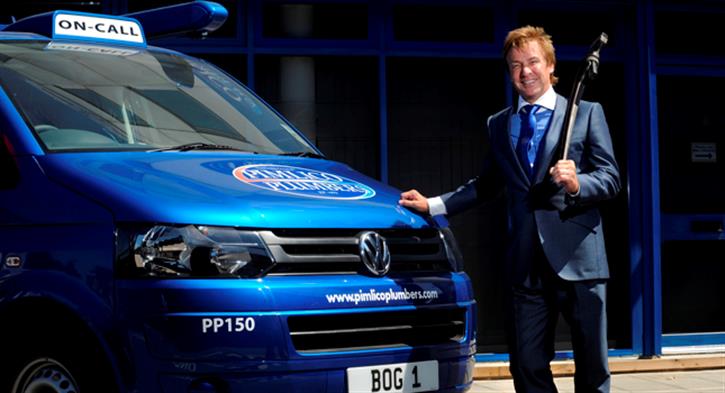 Pimlico Plumbers has posted a 25% year-on-year rise in turnover with sales of £25million for its 2014 to 2015 financial year.

The financial performance up to the year ending ending 31 May 2015 continues a record run for the plumbing company, which has delivered 32 consecutive months of year-on-year turnover increases since 2012.

2014-15 has delivered growth of £5million, which founder and chief executive officer Charlie Mullins OBE has attributed to the company’s ability to service more jobs after its workforce expansion.

The company embarked on a national recruitment drive to attract plumbers, heating engineers and other tradesmen in the past 12 months, recruiting more than 20 professionals from areas including East Yorkshire, West Yorkshire and Dorset.

Pimlico Plumbers’ workforce now stands at 270, which includes 65 support staff based at its Lambeth depot. This has enabled the company to secure a greater proportion of work across the capital, it says.

In eight out of 12 months of the past financial year sales exceeded £2million.

Mr Mullins said: “The growth in the economy and spending confidence of businesses and consumers has resulted in a higher demand. Unfortunately the availability of skilled engineers is going in the opposite direction.

“A major part of our continued growth over past few years is down to the quality and experience of the engineers we have been able to attract. Unfortunately we are quickly exhausting that pool of talent.

“We’ve looked well beyond the borders of the M25 to find new people, which have been a fruitful exercise and helped us complete a simple equation – more engineers on our books has meant more jobs have been completed.

“We have seen the economy improve from the frontline. More customers are investing in their homes with new bathrooms and kitchens, which alongside the consistent growth in emergency call outs, has created increased opportunities for our business,” said Mr Mullins.