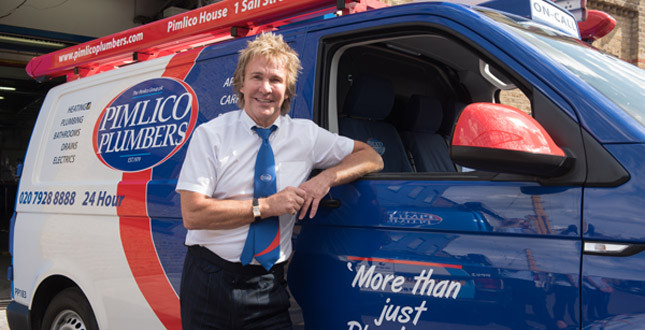 Pimlico Plumbers is announcing record sales for its most recent financial year, delivering a turnover of £35 million during 2016-17.

The central London-based company, which provides a range of plumbing, heating, electrical, drainage, roofing, small building and home appliance services, has experienced a 20% rise in sales for the 12-month period ending 31 May 2017.

During this record financial year the company hit a number of turnover milestones, most notably its first ever £3 million month in its 38-year history in October 2016 when it achieved sales of £3.15 million. This record was quickly broken in November 2016 with sales of £3.4 million with a further two months, December 2016 and January 2017 also breaching the £3 million barrier.

Founder and Chief Executive Charlie Mullins has attributed this substantial growth to the company’s ongoing expansion strategy, which has seen the company increase its workforce to create the capacity to serve its rising customer base.

During the 16/17 financial year the company created employment for 25 experienced engineers and 15 support staff, which took Pimlico Plumbers’ workforce to around 375.

Charlie Mullins, Chief Executive of Pimlico Plumbers, said: “The momentum we have built over the last decade has been phenomenal, but we have to keep up the pace.

“Increasing our headcount and our capacity has enabled us bring in more jobs, which is keeping the expanded workforce busy to the tune of an additional five million worth of sales, and helped secure more of the London market.”

Charlie added: “There have been challenges, with growth in the economy slowing as a result of what is now commonly-referred to as the 'Brexit-Effect', being the major enemy. However, being faced with a less friendly trading environment, for the most part due to inflation and price competition, has actually served as the spur we needed to do better.”