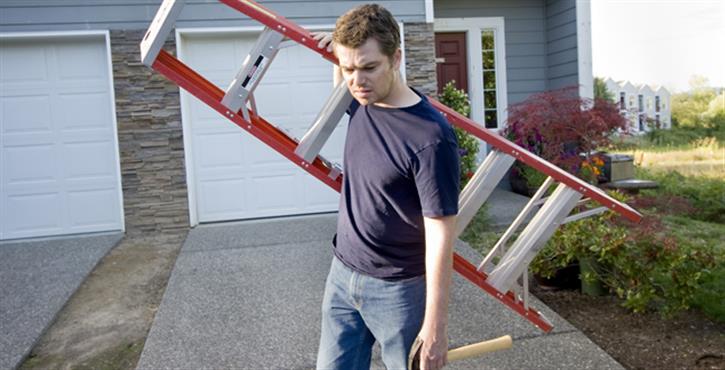 Home services marketplace Plentific.com’s latest survey has found that over a third of UK homeowners have regretted the results of a DIY project and wish that they had called in a professional to handle it.

Since the Brexit vote, the property ladder has remained unsteady. As a consequence, home improvements have become the more attractive option for homeowners, rather than uprooting and moving on. Depending on the size of the project, many attempt the work unsupervised in an effort to save money. However, according to Plentific’s statistics, one in three find their results less than pleasing, and in retrospect, would have chosen to hire a specialist instead.

The younger generation struggle most with DIY, as almost half of those aged 18 to 34 said they have regretted their past results. Pentific believes this high percentage may be down to being relatively fresh on the property ladder and having yet to gain the relevant experience in DIY.

Stephen Jury, spokesperson for Plentific, said: “Cases of regretful DIY projects are not unheard of, however these new statistics from Plentific show just how often they occur. In this current digital world, these statistics could highlight the lack of DIY knowledge in younger homeowners, and emphasise their lack of confidence when carrying out projects that their parents may have more success with.

“While struggling with DIY can lead to disappointing results, hiring in the wrong trade professional is just as likely to cause regret. Some homeowners have great difficulty in finding the best specialist for the job. We verify our trade professionals and ensure that projects booked through Plentific are completed to the highest standard with the Plentific Guarantee.”