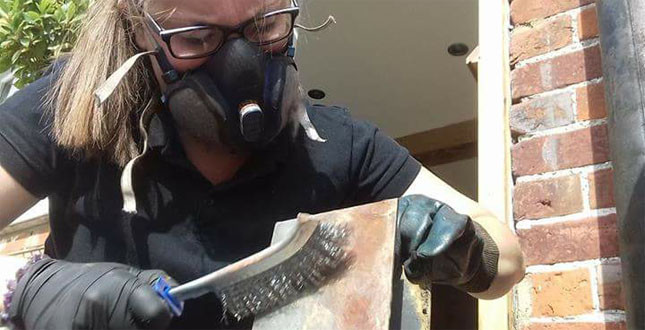 With female technicians accounting for less than 1% of OFTEC’s 9,000 plus registration base, the trade association says action must be taken to encourage more women into the profession as a vital step towards combating the industry’s growing skills crisis.

Gender diversity in the workplace has become a hot topic, further supported by the introduction of the new gender pay gap reporting regulations which require all companies with over 250 employees to publish the difference between how much their male and female staff earn.

But in some sectors, including the trade professions, the issue runs far deeper than pay discrepancies between men and women. A deep-rooted belief that only males are cut out for manual work remains and it is this stereotypical view, still prevalent at all levels from education to employment, which is holding many women back from entering what could be a rewarding career.

Currently just 2% of tradespeople in the UK are women while latest available statistics show that of the 1,120 heating, ventilation, air conditioning and refrigeration apprenticeships started in 2014/15, just 20 were taken up by women.

Yet a recent survey by the Federation of Master Builders found that almost a third (30%) of homeowners would prefer to hire a female tradesperson and 42% said they would feel more at ease with a woman coming into their home – so there is clearly a gap in the market waiting to be plugged.

OFTEC Training Manager David Knipe commented: “The heating profession could and should appeal to anyone who is looking for a fulfilling, hands-on career, regardless of gender, age, ethnicity or any other characteristic.

“But despite the strides made towards equality in the workplace, we still aren’t seeing enough young females encouraged towards this option. Parents, teachers, careers advisers, employers and organisations including OFTEC, all have a role to play in breaking down these barriers.

“At a time when the heating industry is facing severe skills shortages, we should be tapping into the potential the female recruitment market offers. This will also help to ensure the heating industry of tomorrow is more representative of our increasingly diverse society and remains responsive to consumers’ needs.”

OFTEC-registered technician Hollie Stallworthy who runs her own oil heating business, Hollie’s Heating Services in Kent, completely agrees: “Schools and colleges should encourage all students, regardless of gender, to consider the trades if they show the necessary physical and logical skills. I went to an all-girls secondary school and although I had the right aptitude, no one ever suggested I could become a tradesperson.

“I was always told that to be successful you had to go to university. So that’s what I did and achieved a degree in marine biology. But I found it impossible to get a decent paid job in the field and after two years of trying, decided to completely change tack and retrain.

“A local oil heating company was looking for someone to train from scratch and I was looking for a career that would ultimately lead to self-employment. So I applied for the job, completed my training and recently started my own business.”

Tania Knightbridge, who qualified with OFTEC last year and works for her family business ATP Heating Services in Essex, also embarked on a complete career change to enter the oil heating industry and hasn’t looked back.

Commenting, Tania said: “Unfortunately, we still live in a society where women are not encouraged to do trade jobs. But customers often comment they feel comfortable with me visiting their home and a number have said it’s inspiring for female children to see a lady doing an ‘out of the ordinary’ job. I would certainly encourage my daughters - and son - to explore whatever they are interested in.”