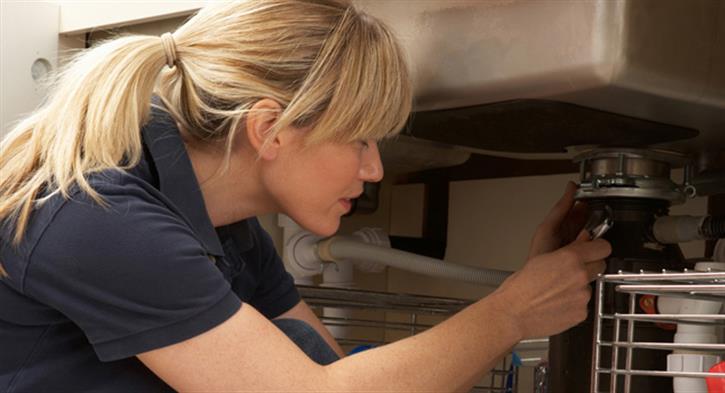 A study by DirectLine for Business shows that a large proportion of British homeowners would prefer a female tradesperson, with 29% of UK adults surveyed saying they would prefer to hire a woman to do building work, plumbing or fix their electrics.

Interestingly, 41% of women feel safer with a female tradesperson in their home and 66% of those surveyed cite increased attention to detail as the reason for their preference.

Whatever the reason, it’s clear that there’s a strong case for electric, plumbing and building firms to recruit more female staff and encourage young ladies to take up trade apprenticeships.

The number of female tradespeople in the UK is on the rise, according to a study by The Guardian, which showed that women now represent almost 6% of the UK’s working builders, plasterers and plumbers, outnumbering the number of migrant workers in the same fields.

You may think 6% of the existing trade workforce isn’t much, but it is a step in the right direction, and efforts to increase this figure are being driven by a number of national initiatives.

For example, WaterSafe launched a campaign called ‘Get Girls Plumbing’ in 2014 to help encourage more women to take up a career in plumbing. The organisation polled 2,000 of its customers and found similar results to DirectLine’s study, with individuals stating they would feel safer with a female plumber in their home and would trust the advice of a woman more.

However, women currently only hold 1% of UK plumbing jobs – and nearly two thirds of those polled in WaterSafe’s study felt it was time for gender stereotypes in the industry to change.

Interestingly, over a third of women surveyed in WaterSafe’s poll said they would choose to go into a trade career if they were starting over again. The consensus in this study, and others, is that the reason the sector is so male dominated boils down to the enforcement of gender stereotypes during education.

Young women have traditionally been encouraged to pursue roles more typically seen as ‘female-friendly’, such as office work or positions in healthcare, rather than exploring trade apprenticeships. However, it seems as if the worm is turning thanks to a range of initiatives aimed at breaking down the stereotypes and more strong female role models already working in trade.

In 2015, the UK government reported that there had been “phenomenal growth” in the number of women embarking on apprenticeships since 2010, with figures showing that more than one million women started apprenticeships between 2010 and 2014, outstripping men by more than 130,000. This is really promising news and all indications are that this is only going to increase in the future.

Starrett has been supplying power tool accessories and hand tools to contractors and tradespeople for over 130 years and it is refreshing to see this evolution starting to take place.

Young women considering a career in trade may find our guide to choosing the right apprenticeship useful and hopefully they will lead the charge in teaching the next generation that it's not just a man's world after all.