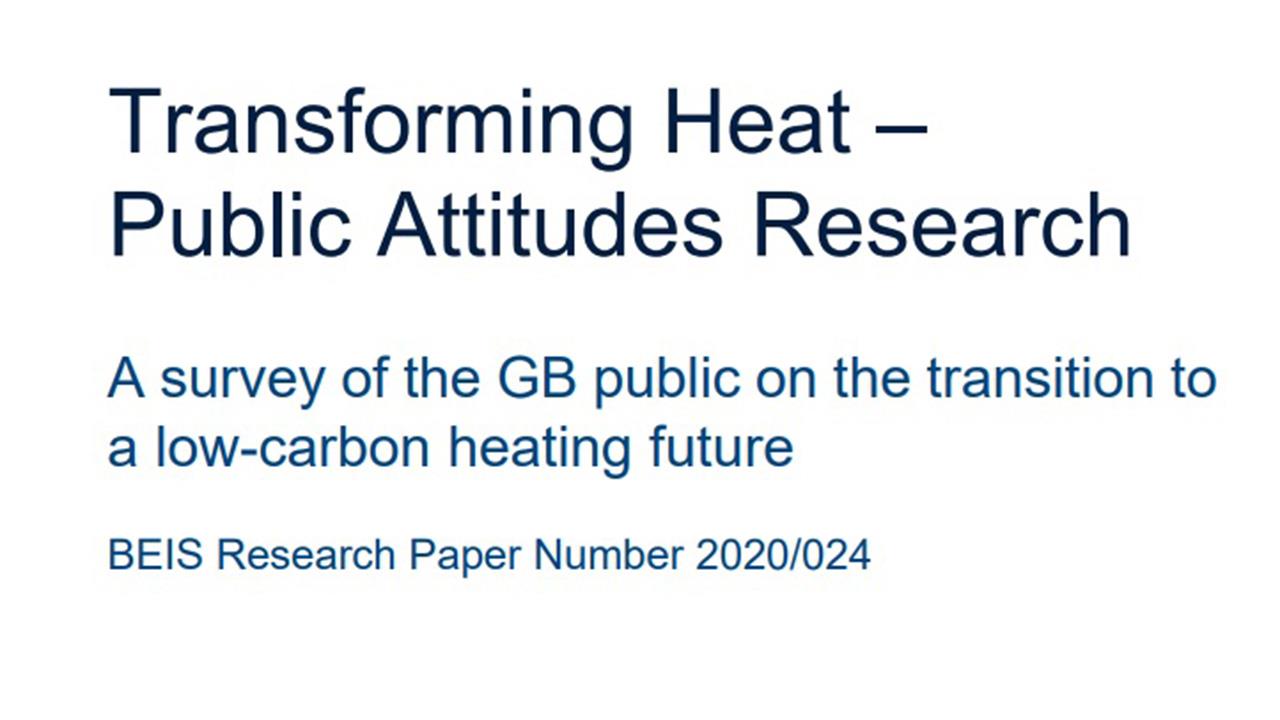 The Department of Business, Energy and Industrial Strategy (BEIS) has released a new report examing the British public's attitudes towards transforming the heating sector.

The report, Transforming Heat - Public Attitudes Research, found that there was strong support for carbon reduction policies from respondents to the survey. In fact, almost half of them (48%) say it is ‘very important’ and 42% say it is ‘quite important’ that the UK makes a full transition towards greener heating systems.

However, the majority of the general population had not heard of low carbon heating technologies and almost a third of gas-users stated they were on ‘environmentally-friendly heating’, suggesting a general lack knowledge about what transitioning to low carbon heating could actually mean in practice.

As such, the report suggests that, without a clear definition of what that transition could be, the results "cannot by itself inform what priority areas of focus for future policy or public engagement might be".

Commenting on the report, Andrew Newman, Technical Director of the Gas Users Organisation, said:  “What the figures do show is that there is high public confidence in gas, with almost a third of gas users describing their existing heating system as 'environmentally-friendly'. Furthermore, there is a strong preference in public attitudes for future solutions that are nationally planned, and that cause minimum disruption for domestic consumers. Both of these findings support the strategy of keeping the gas network, and sourcing the gas within it from renewable sources in future, such as hydrogen and biogas made from municipal waste.

“The Gas Users Organisation strongly believes that the public needs to be involved in the debate about the future of domestic heating, and that there must be no decision by experts behind closed doors that leads to higher heating costs for families, potentially forcing more people into fuel poverty.”

ATTITUDES BEIS HEAT PUMPS HEATING HYDROGEN LOW CARBON PUBLIC REPORT
Tweets by HVP
Make sure you’re on top of changes in the industry, and sign up for free to receive your monthly copy of HVP and our weekly email newsletter
SUBSCRIBE TO NEWSLETTER
SUBSCRIBE TO MAGAZINE