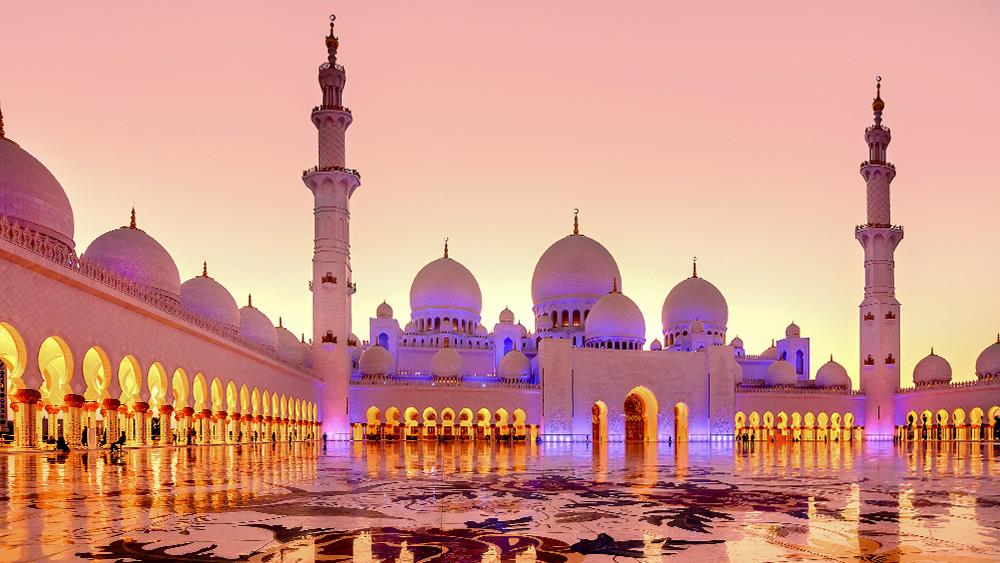 The Sheikh Zayed Grand Mosque, Abu Dhabi
In a change to the original destination, the winners of the Glow-Worm Mystery Trip 2021 will now be jetting off to Abu Dhabi.

Having secured their spots in March 2021, the 45 winners have each received two tickets for the trip of a lifetime, by exceeding their personalised targets for Glow-Worm installations, via Club Energy.

The capital of the United Arab Emirates, Abu Dhabi is a favoured destination among the rich and famous. And to showcase all the jewels of the Persian Gulf Island, Glow-Worm has created a jam-packed itinerary for the winners, including kayaking in the Eastern Mangroves, dinner at the Ritz Carlton Hotel, and a private boat trip to Al Maya Island.

The Glow-Worm Mystery Trip, now in its second year, was initially scheduled to take place in Cuba. However, due to ongoing unrest in the country, the company took the decision to change the destination to Abu Dhabi.

Spencer Clark, Commercial Director for UK & Ireland at Glow-Worm, said: “The Glow-Worm Mystery Trip is our way of thanking our Club Energy installers for their ongoing loyalty.

“Following the success of the inaugural Glow-Worm Mystery Trip to Saigon, Vietnam, we are delighted to be able to continue with the initiative.

“Unfortunately, due to circumstances beyond our control we have had to change the location for this year’s trip, but the safety of the winners remains our number one priority.

“With that being said, Abu Dhabi looks set to be a first-class destination, and will see our winners get a taste of all this Middle Eastern capital city has to offer. The trip promises to be a truly once-in-a-lifetime holiday. And for those who have missed out this year, we also have lots of exciting announcements planned over the coming months for the 2023 Mystery Trip, so make sure you stay tuned to our social media channels.”

The winners of this, the 2021 Mystery Trip will be jetting off to Abu Dhabi in March 2022. Registrations for the current promotion are closing soon, but the 2023 edition is due to be launched in April 2022.

GLOW-WORM MYSTERY TRIP
Tweets by HVP
Make sure you’re on top of changes in the industry, and sign up for free to receive your monthly copy of HVP and our weekly email newsletter
SUBSCRIBE TO NEWSLETTER
SUBSCRIBE TO MAGAZINE