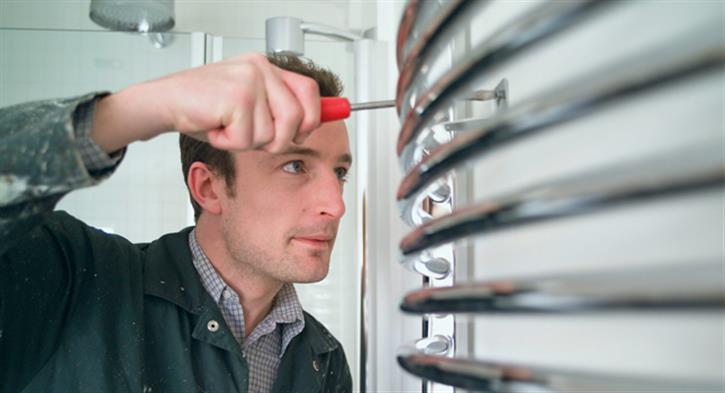 A new generation of tradespeople is arising that, far from being short on skills, is bringing a greater diversity of backgrounds and talents to industry, according to research by insurance provider AXA.

The common image of a tradesman is someone who left school at sixteen, worked on the job and then cemented that experience later on with a vocational qualification. For older generations this was mostly the case, with 60% of those aged 45 or over having followed this route.

However, the picture is radically different for those just starting out. Half of young tradesmen come from a university background, and 80% have A-Levels or equivalent. Around 15% now enter the trades after previously working in a corporate or professional role and only 2% have no formal qualifications, compared to 18%of older tradesmen. The number with a formal apprenticeship behind them has almost doubled.

The number of women entering the trades remains low: accounting for just one in 10, a figure that hasn’t changed since the late 90’s. Those who do join quote the ‘tradesman lifestyle’ as the top draw: independence, choice of jobs and a good work-family balance are named as benefits.

Indeed, passion for the job is the hallmark of the new tradesman. One in five now say their trade was a hobby before it became their work. Half, meanwhile, said they started their own business because they have an innovation or original idea, and 2% even invented something in the process.

Of all the business sectors, tradesmen have the strongest family business traditions. One in ten tradesmen took over their firm from their father: ‘My grandfather, great grandfather, and great-great grandfathers have all done the same!’ as one builder put it. And this tradition is just as important for younger tradesmen: 20% say they plan to pass their business on to their children.

In direct contradiction of the ‘cowboy builder’ stereotype, the study shows that most tradesmen enjoy a strong emotional bond with their local communities. Eight in 10 tradesmen surveyed regularly do work for free for vulnerable customers, and two thirds say they often work extra hours unpaid too.

Out of all the trades, plumbers were the most likely to work for free for someone in need, with 42% saying they do this. Likewise, 45% of those surveyed said they reduce the price for customers they feel sorry for and 81% say they do small jobs around the house – like getting shopping in or running them somewhere in their car – for their elderly customers.

While the trades remain male-dominated, they are far from being a hot-bed of macho behaviour these days. Only 2% of tradesmen have admitted to wolf-whistling at work, only 3% have not turned up for a job, and just 6% have ever sworn on the job.

Good behaviour pays: 82% of commissions come to tradesmen through personal recommendations from the customer’s family or friends. Not advertising is thus a badge of honour among tradesmen. “I am constantly being called by new customers yet I have never advertised. All my work comes off the back of previous good work”, was an answer that came up repeatedly.

Darrell Sansom, managing director, AXA Business Insurance comments: “People often talk about an image problem in the building trades, and the industry has long wrestled with a skills shortage. Our study offers some hope here: the trades offer a very attractive option to young people.

“There are few industries where you can be your own boss within a few years of starting out – and earn a better living than most graduate jobs offer. And far from being mundane, the work is often both creative and requires constant innovation. Tradesmen, though rarely credited with this, are often the glue that hold communities together and develop extraordinary relationships of trust with their customers.”