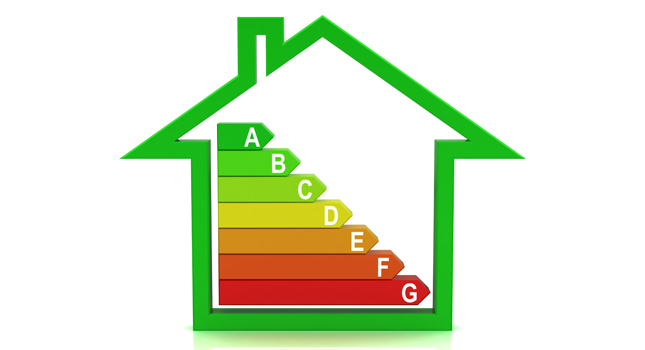 This will, for the first time, require future governments by law to tackle fuel poverty by making the coldest, leakiest homes in England more energy efficient.

The strategy, launched by the Department for Energy & Climate Change (DECC), outlines challenges and actions for the next 12 years. At its heart is a new, legally binding target to require a minimum Band C standard of energy efficiency for "as many fuel poor homes as is reasonably practicable" by 2030.

Early measures to tackle the problem of fuel poverty and hit the new target include:

The strategy will also introduce a series of pilot schemes focused on priority areas, ranging from health aspects of fuel poverty through to specific housing types, such as off-gas grid properties and park homes.

A £3 million pot for these pilot schemes will see £1 million released immediately to scale up local ‘warmth-on-prescription’ projects to help primary healthcare professionals such as GPs play a much larger part in tackling fuel poverty. In the coming months, up to £2 million more will be released to support innovation pilots, not just in health but also for off gas grid, park homes and community energy approaches.

Unveiling the strategy, Energy & Climate Change Secretary Ed Davey said: "This marks a crucial step towards a future free from cold homes and bloated energy bills in England. We now have a legally binding commitment to plug our draughtiest houses. From tackling fuel poverty in the private rented sector to facing up properly to the challenges of rural off-gas grid fuel poverty, this strategy marks a significant change from the old approach. As we implement new regulations and new spending priorities to make homes warmer, we are planning for the next phase of cutting fuel poverty, with a series of key pilots, especially into the link between improving health and cutting fuel poverty."

Households in fuel poverty in the least energy efficient homes (Bands F and G) typically face energy costs that are £1,000 more than those in higher quality homes. To help focus support where it is needed most, the strategy introduces interim milestones to get as many as fuel poor homes as reasonably practicable up to a minimum energy efficiency rating of Band E by 2020 and Band D by 2025.

Minister for Energy & Climate Change Amber Rudd added: "We want the fall in levels of fuel poverty seen under this Government to continue - so that cold homes are gone for good. That’s the future we’re presenting, alongside our ambitious targets, so even more households can join the 1 million homes already reaping the benefits of lower energy bills and warmer homes this winter."

Last month, the government laid draft regulations to introduce minimum energy efficiency standards that will see up to 1 million people renting from private landlords benefit from warmer and cheaper to heat homes. Many of the poorest tenants will benefit and, with government support, landlords can improve their properties at no upfront cost – and landlords will only have to make improvements that are cost-effective. This will be backed by a new law to give tenants the right from April 2016 to request consent for improvements that the landlord cannot unreasonably refuse.

Dr Tim Ballard, vice-chair of the Royal College of General Practitioners, said: "The Royal College of GPs welcomes this new fuel poverty strategy. It marks an important turning point in acting on what we have known for some time: that cold homes contribute to the most vulnerable people being unhealthy and can even be lethal for them. The new strategy provides a long-term framework in which the health sector has a vital role to play, in partnership with government. The new funding for health-related pilot projects is especially needed and will help build the case for more investment to cut the cost of warmth and help reduce the burden of cold homes on the health service."