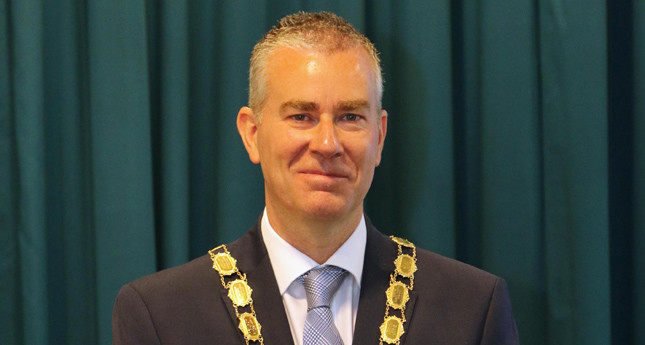 Tim Hopkinson has been elected President of the Building Engineering Services Association (BESA) for 2017/18.

Tim, who has been working in the building engineering sector for 35 years, is the third Association President from Poppleton. He follows in the footsteps of Gareth Vaughan, who was President of what was then the HVCA in 2008/9, and also the founder's grandson Edgar Poppleton, who served in 1988/89. The company, which is based in Colwyn Bay, has been a member of the Association for almost 60 years.

Tim said the main focus of his year as BESA President would be to "drive emerging talent into our industry" and empower young people to set the agenda for the Association's future. He added that he would be unveiling a major new initiative at the annual BESA President's Lunch in September, which would set a new direction for the sector's "future leadership".

This would also be part of an effort to raise the profile and status of the building engineering profession and make careers in the industry more attractive to young people.

The new President also called on the government to deliver "a swift, but positive resolution to negotiations with the EU that allows UK industry to face the future with a clear idea of what it needs to do to drive growth".

Improved certainty for UK businesses following an unprecedented period of political upheaval is crucial, he said, as this helps to create the right business environment for employers to invest in apprentices and new technologies.

"We have a considerable and growing skills gap – not likely to be helped if there isn't a swift resolution to the issue of freedom of movement and the status of EU workers in this country," Tim said.

He added that support for the new Trailblazer apprenticeship framework would be a priority and he described creating a more diverse workforce as being "critical to the sector's ability to deliver successful projects in the future".

He said he was, therefore, "greatly encouraged" by the Association's efforts to develop a wide range of apprenticeships at all levels and covering multiple sectors including installation; service and maintenance; ductwork; ventilation hygiene; refrigeration, air conditioning and heat pumps.

Tim continued: "Various recessions have starved our sector of investment in skills and training. We must, therefore, encourage young people to step forward to help us get the best out of technology and use it to improve working practices; drive productivity, deliver ‘smarter’ solutions; and, most importantly, make our industry safer."

He added that the use of modern communication methods would be a key feature of his year in office as he seeks to reach out to the new generation by making the BESA President more visible on social media than ever before.

"It is my fervent hope that, when I look back on my year in office, I will be able to say that I made at least some small contribution to attracting more young people into our industry thus helping to secure its future," he concluded.