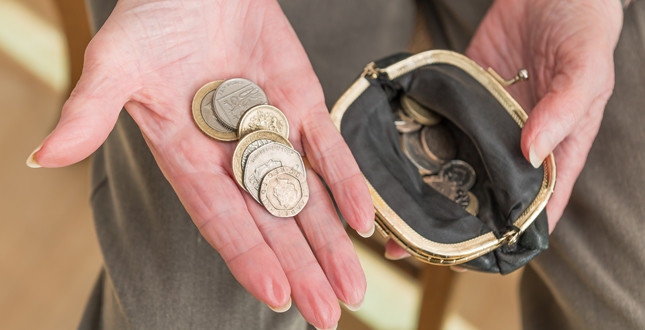 A recent survey by Plentific.com reports that almost half (46%) of UK adults admit to having paid a tradespeople cash in hand for work, in order to get a cheaper deal.

This new data comes following the recent Taylor Review, by Matthew Taylor, in which a reduction of cash in hand payments in the UK was suggested. Mr Taylor stated that work paid for using cash could be worth up to £6 billion a year, and quite often goes untaxed. While a complete ban on cash payments was not put forward, the review did suggest that a cashless society, largely due to the increasing popularity of digital payment platforms, could one day be the norm.

The statistics show that adults aged 55 and over are more likely to pay a tradesperson cash in hand (56%), compared to young adults (18 to 34-year-olds), of which just 33% admitted they had paid using cash to get a cheaper deal. While this suggests that the older generation may be more thrifty when it comes to hiring a tradesperson, it could also be a reflection of the changing times, with cash payments becoming far less frequent in today’s economy.

Cash in hand may be the preferred method of payment for some professions, however, for tradespeople it seems many are feeling the pressure on their businesses to compete with those willing to take a lower fee in cash payments.

Being paid for work using a payment platform helps to ensure a level playing field in terms of job competition, as well as often providing a lot more security than cash in hand payments. Having a backed guarantee and digital paper trail means that any dispute over payments can be backed up with hard evidence.

Julio Heitor is an engineer working for Trio Properties. He said: “Being paid cash in hand is a hassle. I like being able to use a safe and secure payment method that takes the worry out of the job. It leaves me time to focus on the important things such as the job at hand.”

Julio isn’t the only one in the industry to have these views. Metin Savas, from renovation firm Metin and Co, commented: “When I quote a customer for a job, I do sometimes get asked if there would be a discount for paying in cash. But in today’s society, it’s so much easier to deal with online payments or bank transfers which are protected, so for me that’s the far better option."