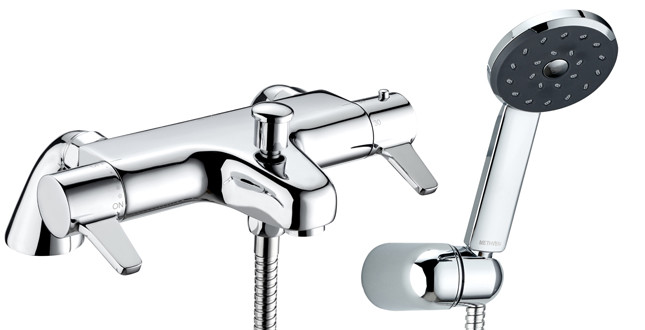 Methven has launched two new models in its shower and tap range, which are now available for the UK market.

The new mixer comes complete with a Kiri Satinjet handset. As well as featuring Methven’s patented Satinjet technology, which collides twin-jets of water to deliver more than 300,000 droplets of water per second, the handset also performs at lower flow rates, reducing water and energy consumption.

The bath shower mixer works with water pressures between 1.0 and 5.0 bar, comes with a 9l/min flow regulator, wall bracket and a double interlocking 1.5m hose. All are TMV2-accredited, making it suitable for use in both the social housing and domestic sectors.