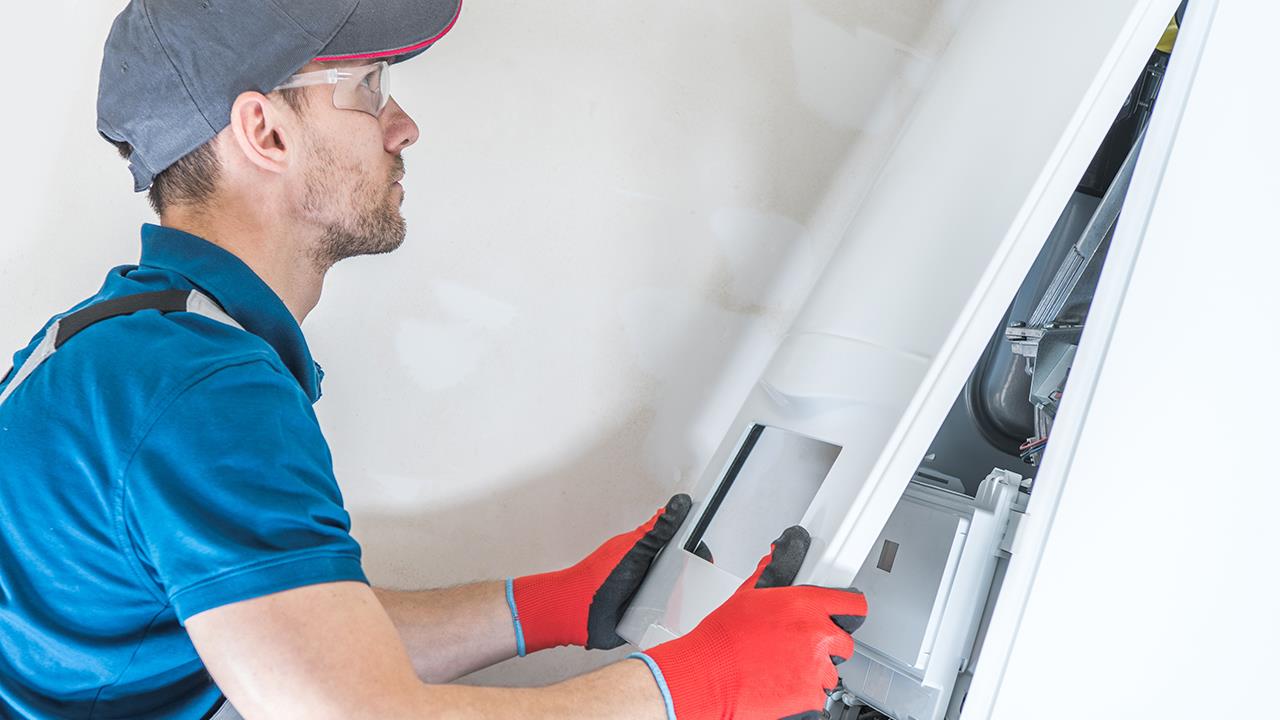 Martyn Bridges, Director of Technical Communication and Product Management at Worcester Bosch, looks at the feasibility of hybrid systems.

When you think of hybrid systems, it is most likely vehicles that spring to mind. Hybrid cars are powered by two fuel sources, predominately an electric motor and an internal combustion engine. This effectively reduces fuel consumption and emission levels of those from a normal car.

But hybrid systems also relate to heating and are becoming increasingly promising for the future as we build up to net-zero 2050. In particular, the concept of a heat pump working alongside a combi boiler.

Currently, the alternative to replacing a combi boiler is to put in a traditional system with a hot water storage cylinder, or a heat pump with a hot water cylinder. Therein lies the biggest issue, if there is no cylinder already in the house. Finding a location for one is going to be a problem for both installer and homeowner and, in many cases, there won’t be space to fit one at all.

The average home built in the UK today is 76m2, while those built 20 or 30 years ago were 85m2; still relatively small. If you think about the size of an airing cupboard (2m2), to take more than 5% of the volume of the house just to retrofit a hot water storage cylinder is something that won’t be well accepted. Especially for those who own one of the 17 million combi boilers installed in the UK. Instead, a hybrid heat pump and a combi boiler system looks like a good consideration.

This would allow the decarbonisation of possibly 60-70% of the heating system straight away because, during spring to autumn and many parts of a mild winter, a heat pump could quite capably heat the house using the existing heating system without radiator changes being necessary.

When it gets particularly cold and the heat pump needs support, this is when the boiler would kick in. The combi boiler would also be used for the generation of hot water, therefore not requiring a hot water storage cylinder at all.

So, from a number of points from contribution to decarbonisation, a heat pump in a hybrid system looks good. From a disruption perspective to the homeowner, it also looks better than replacing the whole existing heating system. However, if there is one downside it will be cost.

Today, it wouldn’t be unusual to see quotes in parts of the country for a combi boiler replacement at roughly £2,000 to £2,500 – depending on how easy the job would be. To add a heat pump to that cost, we’re looking at doubling or trebling that amount to £6,000 or £7,000, depending on size. So, it would be more costly, but at least it wouldn’t mean the homeowner would have to make big changes to their house.

All in all, hybrid heating systems ticks at least most of the boxes in its favour. However, it doesn’t tick all of the positives for an existing heating system. For example, a future switch to a carbon-free gas such as hydrogen means less disruption and cost to the homeowner as well as ensuring the UK reaches its target of net-zero 2050.

All in all, it’s important that we remain technology agnostic and consider all viable heating options to come to the most beneficial and realistic solution. Hybrids could be a valuable player as part of this.

COMBI BOILER HEAT PUMPS HEATING HYBRID MARTYN BRIDGES WORCESTER BOSCH
Tweets by HVP
Make sure you’re on top of changes in the industry, and sign up for free to receive your monthly copy of HVP and our weekly email newsletter
SUBSCRIBE TO NEWSLETTER
SUBSCRIBE TO MAGAZINE