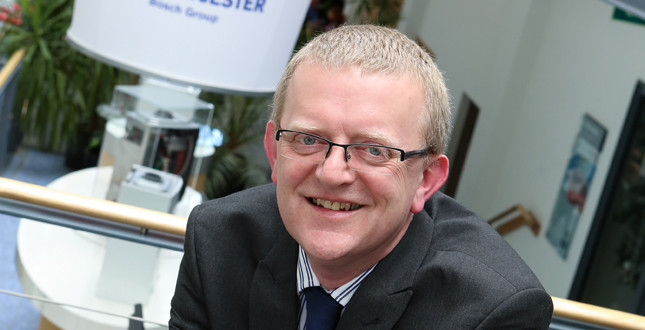 Martyn Bridges is calling on policy-makers to prioritise the mechanical services of both new and existing properties in the UK, following an unprecedented number of callouts relating to frozen drains and pipework earlier in the month.

Mr Bridges, Director of Technical Communication and Product Management at Worcester Bosch, believes a degree of complacency concerning external pipework may have been to blame for an extremely high number of difficulties arising from frozen condensate pipes.

He said: “In Germany and other European countries, which experience severe winter temperatures, the installation of externally routed condensate pipework is not allowed. Prior to taking this decision they also tried preventative measures such as Trace Heating and insulation. However, with prolonged sub-zero temperatures almost guaranteed every year, no preventative measures worked convincingly, so this internal pipe termination was enforced.

“The UK hasn’t experienced a cold period like at the beginning of March since the winter of 2009/2010. Therefore, without a constant pattern and threat of sub-zero temperatures, it is understandable that some installations will have the condensate pipe run externally for ease, despite an internal termination being possible. As the freezing temperatures rolled in, many homeowners were left unprepared. You only have to look at the thousands of homes still relying on deliveries of bottled water to see how serious the effects can be.”

Many installers reported the high volume of frozen condensate callouts during the recent freeze on Twitter. Several reported attending as many as dozens a day, either to correct pipework, thaw frozen condensate or advise homeowners.

Like many of these tradespeople, Martyn is particularly concerned about the number of homes still relying on externally run condensate, despite regulations launched in 2014 mandating internal routing and only allowing externally run pipework as a last resort.

Much of this is due to the house design where the waste water system of the entire house is externally run. Therefore, even if the condensate pipe is run internally you can still experience the stack pipe freezing up with the same result.

“I’m still seeing newbuilds being constructed with external waste water pipework, which is incomprehensible,” he said. “For too long, the mechanical services of a property are not being thought through sufficiently at the planning stage to help eliminate these sorts of issues.

“Furthermore, the implementation of Boiler Plus, while highly beneficial to energy efficiency, will increase the levels of condensate generated by the boiler and subsequently the condensate pipework. This could increase the likelihood of freezing during the winter even more.”

Martyn is now calling on policymakers to ensure that all building regulations, standards and policies are aligned to prioritising the mechanical services of the home.

This, according to Martyn, would include actions such as the compulsory allocation of a “plant room” to newbuilds, therefore forcing internal pipework.

He explained: “Our dilemma though, is still existing homes, where too often the pipework has been run externally when an internal option was available. At the least, the conditions of external runs need to be more closely monitored such as ensuring the gradient is as vertical as possible or trace heated to help make it more resilient.

“Internal pipework allows condensate to drain away, without being subjected to freezing temperatures. In Germany, which experiences harsh winters every year, this is the only way you can do it. We will need to follow its example if we are to cope with the UK’s increasingly volatile weather patterns.

“Preventing frozen pipes outright will be difficult, but simple steps like this could go a long way to ensuring that future winter weather won’t leave us out in the cold.”