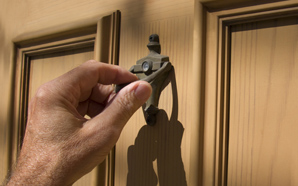 Momentum is continuing to gather behind the Gas Access Campaign, which is calling for changes to the current system available to local landlords who need to carry out gas safety checks in rented properties.

London Mayor Boris Johnson, as well as Shadow Housing Minister Emma Reynolds, have both pledged their support to the campaign, adding their name to the list of over 150 housing associations, local authorities, MPs, Peers and industry leaders. The campaign has also won backing from London Councils, a cross-party organisation that represents London's 32 borough councils and the City of London.

The campaign is being spearheaded by Home Group with the Association of Gas Safety Managers and CORGI Technical Services. It aims to simplify the legal process used to gain power of entry once landlords have exhausted all other options. The issue is estimated to cost the sector £50m each year. Currently, local authorities are able to apply to a court to gain lawful entry into homes within 24 hours of refusal by a tenant.

Housing associations can take as long as four months to legally gain entry to a property.

The Law rightly requires all landlords to carry out annual safety checks on any properties they own which have gas supplies. If tenants refuse entry for these checks to be carried out, they put their own lives and the lives of their neighbours at risk. But, while Local Authorities can get same-day court orders to force entry to properties where tenants refuse access to gas engineers, it can take up to four months for social housing providers to gain access. The gas access campaign calls for a change in the law to give regulated landlords the same timely access as their local authority counterparts, specifically through an amendment to the Gas Safety (Installation & Use) Regulations.

Ms Reynolds said: "I support the campaign to make it easier for social landlords to conduct essential gas safety checks. There are serious risks to the health of residents if gas appliances go unchecked and it can't be right that social landlords are spending so much money to ensure their tenants are safe. But any new powers must be used as a last resort and clear guidance will be needed following any change. Any changes to the law must be balanced to protect the interests and privacy of tenants."

Mark Henderson, Home Group chief executive, said: "We're beginning to see true cross party support for this campaign. Politicians across the spectrum recognise the current system of gas access simply can't continue. It's costly financially and it has great potential to be costly in terms of lives. We're delighted Ms Reynolds has backed the campaign and we agree with her view that any new power of entry should be balanced. We're pushing for a very simple change in legislation which would speed up the court process once every other avenue has been exhausted."