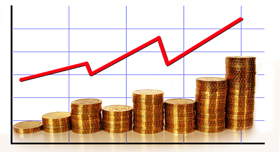 Microgeneration installation companies could see a significant rise in their overheads if the proposals of a recent consultation by the Microgeneration Certification Scheme (MCS) are given the go-ahead, says the NAPI Trade Association.

The quality assurance scheme, currently owned by the Department of Energy & Climate Change (DECC) but soon to become a standalone company, is currently consulting on whether to increase the number of onsite surveillance visits and desktop reviews Certification Bodies are required to impose on MCS installers – up to and even beyond 20 a year for larger installation companies.

MCS calculate that each surveillance visit will cost £433.71, which means the total additional cost for any one installation company could rise above £8,000 per technology per year.

The NAPIT Trade Association estimates that the actual cost could be around 40% higher due to the failure of MCS to consider the lost earnings installers will face as a result of their preparation for and accommodation of surveillance visits – circa £176 for 2 days of their time, as estimated in the consultation (based on payscale estimates).

Commenting on the plans, chairman of the NAPIT Trade Association Frank Bertie said: “Current MCS proposals could sound the death knell for some microgeneration businesses and will cripple others. Under the intended model, the largest companies would face a costly onsite and office surveillance visit almost every other week, up from the single annual visit currently required.”

“Many SMEs would also see a sizable jump in the number of desktop audits they are subjected to as a result of newly proposed trigger points. Under the proposed system, every installer that normally does between 1 and 10 installations per week would have to undergo at least one additional desktop review if, at any time, their installation numbers increase by a single job.”

The news comes in the wake of a government consultation that could see the Feed-in Tariff, a government-backed incentive programme for small-scale renewable electricity generation, reduced by up to 87%.

Mr Bertie continued: “The time and cost implications of these proposals, in the context of an already challenging marketplace, are simply unreasonable. More concerning still, the associated impact assessment takes no account of the cost in lost working hours that the proposed surveillance schedules would impose on installers.”

“With draconian Feed-in Tariff cuts on the horizon, adding further uncertainty, microgeneration installers are being squeezed from all sides and I am genuinely concerned that this could be the straw that breaks the back of one of the most important supply chains in the UK.”

“The NAPIT Trade Association intends to respond to the MCS consultation on behalf of its members and we encourage all microgeneration installers to submit their views.”

The response from the NAPIT Trade Association highlights a flawed impact assessment that takes no account of the financial burden and missed opportunity costs current proposals will have on larger microgeneration installers. It also provides neither analysis of the benefits such an inspections regime would have nor any justification for the assumption that larger companies are responsible for a greater proportion of sub-standard work than smaller ones, said the group.

If you are likely to be affected by any of these proposals, you can respond to the MCS consultation too at: www.microgenerationcertification.org/mcs-standards/consultations.

The deadline for submissions is 4 December.