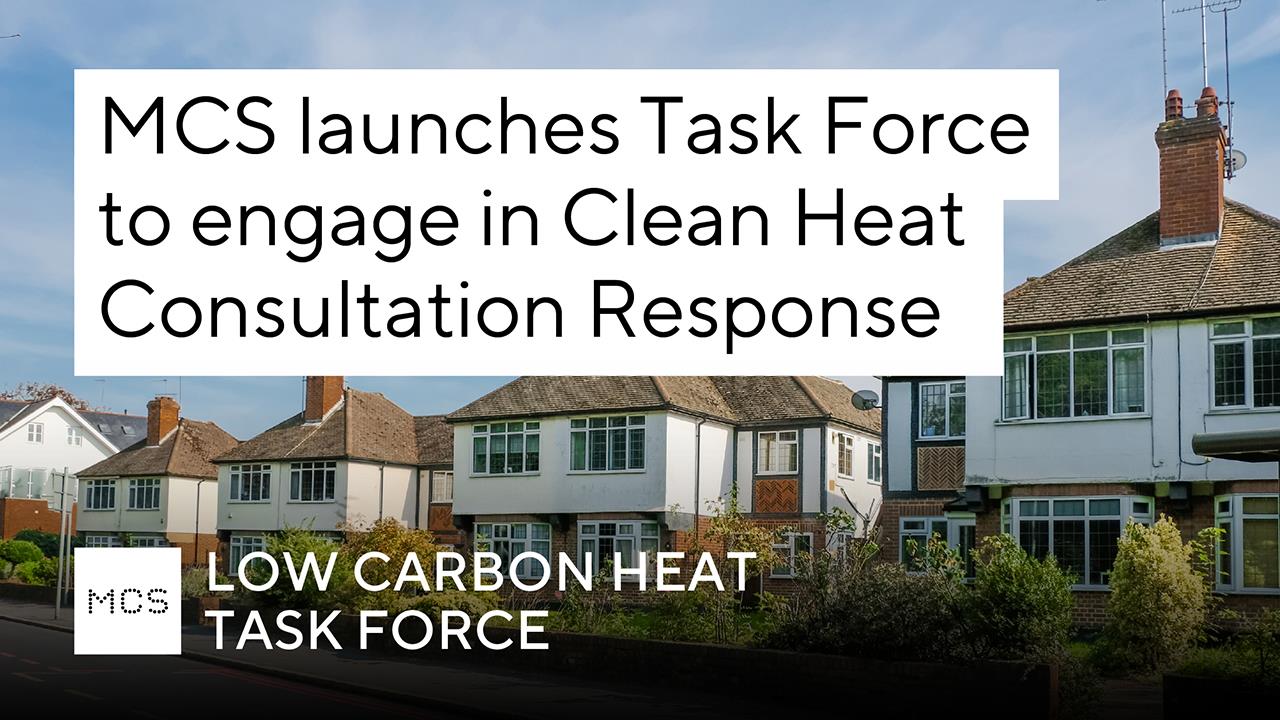 It follows the Department for Business, Energy and Industrial Strategy (BEIS) launching the Future support for low carbon heat consultation, detailing its proposals for support mechanisms following the closure of the non-domestic RHI.

Grants of £4,000 are set to replace the domestic Renewable Heat Incentive (RHI), the government has announced as part of several heat proposals.

The Clean Heat Grant Scheme (CHGS) is one part of a larger consultation package from BEIS which closes 7 July 2020. It sets out plans for successor arrangements to the current Renewable Heat Incentive (RHI) scheme and a Green Gas Support Scheme (GGSS).

The CHGS proposes support for domestic and small non-domestic properties to install heat pumps and in some cases, biomass – up to 45kW in existing homes.

The newly formed Low Carbon Heat Task Force has membership of several industry experts including MCS-certified installers, who will explore the key themes of the consultation and the impact on technologies including heat pumps, solar thermal, and biomass.

Ian Rippin, Chief Executive of MCS, said: “The enthusiasm from those across industry to join forces with us on this is really encouraging. This new Low Carbon Heat Task Force will work directly with MCS colleagues over the next six weeks to provide valuable feedback, expertise, insight, and evidence that will contribute to the MCS consultation response, ensuring that it is truly representative of our industry and its requirements.”

He added: “As we emerge from the COVID-19 crisis and the global economic shutdown, there is no better time to ensure that government policy enables our greener future and the achievement of net-zero carbon emissions by 2050. Their policies need to be supportive of the required market growth, is in the interests of the MCS-certified installers who have already been working hard to meet climate targets and that Standards and an emphasis on quality is embedded to protect consumers and encourage adoption.”

The Low Carbon Heat Task Force had its inception meeting today, with a series of regular meetings planned. MCS will be sharing insights and asking for wider opinion and engagement via its social media channels.

Graham Lock, Founder of Low Carbon Homes, has joined the MCS task force. He explained: “At this moment of crisis, and with so many people reflecting on their home environment, it's the perfect opportunity for the creation of the MCS task force. I'm looking forward to listening and contributing to the debate to support MCS in the formation of their response to a very important consultation.”

A consultation on proposals for a regulatory framework to deliver the scheme will be published by the government later this year. The domestic RHI was recently extended and closes to new applicants on 31 March 2022, with its proposed replacement – the Clean Heat Grant – launching in April 2022.

BEIS CONSULTATION FUTURE SUPPORT FOR LOW CARBON HEAT LOW CARBON MCS
Tweets by HVP
Make sure you’re on top of changes in the industry, and sign up for free to receive your monthly copy of HVP and our weekly email newsletter
SUBSCRIBE TO NEWSLETTER
SUBSCRIBE TO MAGAZINE